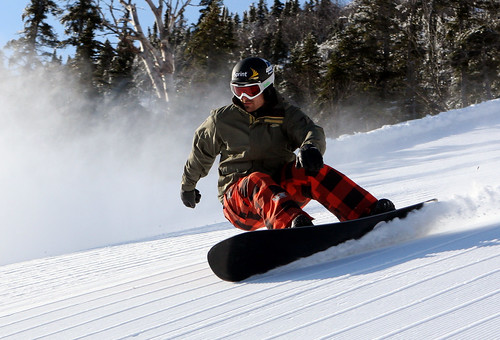 Ski Maine and the Ski Museum of Maine will host their Annual Ski Season Launch Party Nov. 20 at the Morong Auto Dealership of Falmouth.

Tickets that benefit the Museum are $15 in advance or $20 at the door. Maine skiers and riders ready to celebrate the upcoming season will find light fare and a cash bar. Tickets are available online.

“Supporting the Ski Museum is a great partnership which promotes our outdoor winter sports and helps contribute to the financial stability of the non-profit Ski Museum, Ski Maine Association Executive Director Greg Sweetser told SnoCountry.com. “As you know, the history of skiing is New England runs deep. So many stories waiting to be told.”

Sweetser noted that the event gives a platform for a museum program. Last year was the premiere of Tree to Ski, the Paris Ski Company Story. This year’s video, 21st Century Ski and Snowboard Competition in Maine, will focus on the topics of freeskiing and the Dumont Cup, snowboarding via profiles of Maine natives Seth Wescott and 2014 Maine Ski Hall of Fame inductee Nikki Pilavakis-Davoren— the first snowboarder to receive this honor, and the sport of biathlon that combines cross-country skiing and rifle shooting.

Intended to draw a younger demographic than the museum has appealed to in the past, the video was developed with an emphasis on the fast-paced theme of two styles of competitive skiing and snowboarding that has rapidly evolved in Maine since the turn of the century. The flick will take the viewer to three regions of Maine that have played a significant role in shaping the recent evolution of these sports: Sunday River will be at the forefront of freestyle, Sugarloaf at the fore with snowboarding, and Aroostook County spotlighted in biathlon.

In the Museum’s latest newsletter, Jill Ducharme, President Ski Museum of Maine, said, “We are striving to attract all who have an interest in Maine skiing history and heritage. The film’s pace and subject matter are purposely a little faster than what the Museum has delivered in the past with the intention of speaking to an audience that possesses a double black diamond mindset.”

In addition to the video screening and informal reception, the evening’s program will also include a silent auction and the Museum’s latest Fireside Chat, Miracles Happen Here: The Inspiring Story of Maine Adaptive, created and presented by Scott Andrews, the Museum’s historian and friend of Maine Adaptive.

Photo: Seth Wescott is one of Maine's snowboarding pioneers. (Sugarloaf)