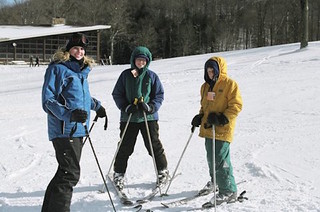 Ski Denton, in Coudersport, Pa., will not be opening for the 2014-15 season. The announcement was made by concessionaires Steve and Laura Haskins.

“On the heels of the worst two winters that the ski industry has ever seen, and last season’s extreme cold weather which resulted in double the utility costs, Ski Denton is not able, financially, to open Denton Hill State Park for the 2014-2015 ski season,” says Steve Haskins. “Laura and I put forth a tremendous effort and wish to thank all of our current supports and past patrons.”

Ski Denton season pass holders will be offered a special deal at New York’s Swain Resort, 65 miles away, and Pennsylvania’s Ski Sawmill, 55 miles away, good until Nov. 15. Any season pass money already paid for the upcoming season at Ski Denton will be returned.

Denton Hill State Park is managed by the Pennsylvania Department of Conservation and Natural Resources (DCNR), but operated by a local, outside concessionaire through a concessionaire lease agreement, according to The Bradford Era newspaper and Senate President Pro Tempore Joe Scarnati, (R-Brockway), who is working with various partners to try to get the ski resort reopened.

“I have been engaged in conversations with DCNR to determine opportunities moving forward that will provide growth and promote year-round visitation at Denton Hill State Park,” says Scarnati.

The DCNR is moving forward with the feasibility study but it does not appear that anything can be done to save the 2014-15 season, according to The Bradford Era report.