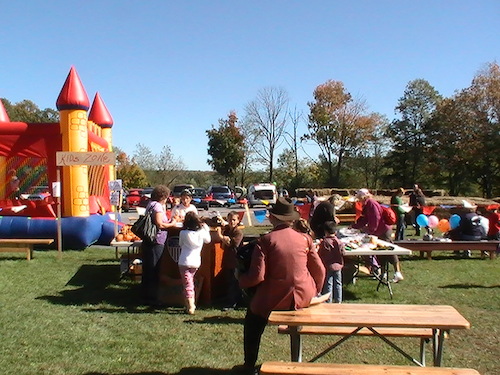 Maple Ski Ridge on Mariaville Road, Schenectady, New York, is just a scant 10-minute drive from General Electric’s main plant and offices.The small ski area has managed to stay in business for more than a half-century by providing several off-season activities for what has been a very loyal clientele.

For example, Maple’s Fourth-Annual Ridge and Mud Run in July drew over 1,000 participants of all ages. Proceeds from the Mud Run go to support the Vet Center at Albany, New York’s Veteran Hospital and local military families. Retired and active military members assist in the event.

George Mulyca, president and owner, told Snoountry.com Maple is only able to stay alive because the entire family is involved in operating and maintaining the mountain.

The Mulyca’s mapped out a tough, and in Mulyca’s words, “rough course” for all mud runners. Maple’s snowmaking guns supply the water, so there is plenty of fresh mud and plastic slides for participants.

“My father purchased 275 acres that I later bought from him, and we’ve been developing the site for over 52 years,” Mulyca said.

“ We pride ourselves on being one of the best, yet smaller, learn-to-ski-snowboard hills in northeastern New York State.”

Up until a year ago, 93-year-old Frederica “Freddie” Anderson, a 1942 Smith College graduate, ran Maple’s Ski School along with her daughter, Christina.

There is no telling how many kids Freddie Anderson taught to ski. More recently, two of my own grade school grandsons learned the sport at Maple and have now moved onto larger mountains. Mulyca points out that many of Anderson’s former students now bring their sons and daughters and grandchildren to ski/board his mountain. “We have night skiing and snowmaking that fits in nicely with our winter after school programs.”

Keeping the mountain running and profitable has not always been easy. “Three years ago we didn’t have our normal amount of natural snow, so snowmaking guns had difficulty covering all the trails. Business was definitely way off and I wasn’t sure I’d open the following year. But the off ski season events here pulled us through," he told us.

Mulyca estimates his mountain now generates half its business by hosting weddings and myriad private outdoor events. Maple has ample parking on its 275 acres.

Today Mulyca, his daughter Marilyn Peterson, who is general manager, and daughter Carolyn LaHart, who serves as mountain manager, own Maple. The other family members in key positions include, Kate Michener, marketing/sales and events manager and Karen Doyle, office manager.