Reaction Comes As Dust Settles In Park City; 'Give Us A Chance' Says Interim COO 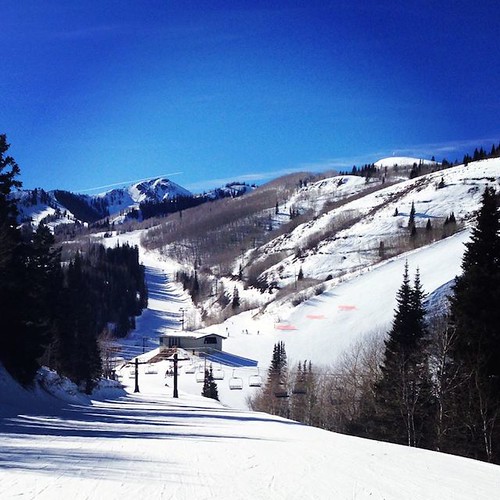 Now that the dust is settling after what may be the biggest news in Park City history hit the web, the initial shock is still roiling through this small Utah mining town.

Parkites and ski enthusiasts are now asking more questions than there are answers for. In other words, what will Vail Resorts’ ownership mean for the community of Park City?

Powdr Corp. gave up the legal fight for possession of their hill this week, selling to Vail Resorts (VR) for $182.5 million in cash and allowing VR to net nearly 700,000 square feet of commercial and residential development at the base of PCMR, and ski acreage of 7,000 when combined with Canyons.

“Give us a chance,” asks interim COO Blaise Carig of Vail Resorts. “The essence and value of the feel and connection between the town, the community and the mountain is a big part of the inherent nature of PCMR and we value that and I don’t think we’re going to change that.”

“This change allows me to access more terrain and more importantly it’s going to give me the ability to ski with all of my friends that have traditionally bought those PCMR passes, but on the other hand I’m having a hard time fathoming how what amounts to a clerical error has forced such a monumental impact. It’s as if I were late to pay my property taxes and, as a result, I was forced to sell my house,” said local Brett McVey.

“Of course it was always about money,” posted John Sands. “Said to friends a long time ago, PCMR would sell for the right price. The ‘fight’ was simply posture, simply business; nothing personal.”

There is no obvious consensus regarding the purchase yet. Most business owners express relief, some see the move as a hostile takeover, while VR’s offer to include PCMR into their Epic Pass library seems to have tempered the majority of ill will. However, not everyone is convinced Park City will be better off.

“The town seems pretty split, as am I,” posted long-time local photographer Mark Maziarz. “I love that buying one pass for a pretty affordable rate ($749) will let us ski two big resorts. But I'm not excited about the corporate presence of Vail in Park City. Especially owning two of the three resorts. I'd prefer a little corporate diversity.”

“Hope it's a benefit,” posted Colleen Konicek. “Been skiing this mountain for over 40 years and would hate to see too drastic changes. I'm still nostalgic for the mountain and town of my youth every time I visit.”

Other outsiders are rejoicing however. Andrew McGuigan posted “I'm stoked, I now have Park City under my season pass. Let’s be real, $560 for Heavenly, Kirkwood, Northstar, Keystone, Mt. Brighton, A-Basin, Afton Alps, the Canyons, and now Park City - that's a deal and a half.”

But to some, skiing outside of Utah isn’t a perk. “Epic does not treat locals as well as PCMR or how the Old Canyons used too,” wrote Darcy Papenfuss. “I wish they would remember we ski during off season, we teach our children to ski, and we have the best snow here, so jacking up the price so we can ski elsewhere does not appeal to us locals.”

Deer Valley’s Colleen Reardon told KPCW, “We’re relieved this dispute has come to an end and we just want to make sure that PCMR is thanked and recognized for their contributions in advancing Park City into one of the world’s premiere ski destinations. Vail Resorts is a great operator and they recognize the uniqueness of Park City and it’s been run very well as a three-resort town and I don’t see that changing.”

But with a new connector lift between PCMR and Canyons planned, residents wonder if Park City will become a two-resort town.

“Next season, we’ll roll things over [to Vail Resorts operations and administration systems] but right now we’ll start preliminary planning to make sure the initial integration goes smoothly and start working with the staff and community on what needs improvements at Park City so we can start to put together a capital plan,” said VR President and PCMR Interim COO Blaise Carrig.

Carrig said PCMR was a “lean operation” so there would actually be more jobs, growth and opportunity going forward.

“The fact that we will have the ‘Largest Ski Resort’ in the country bodes well for the local community on many levels, but there will be a concern without the competitive diversity. Still on the fence on this one... we will see,” commented local Daniel Gripentrog.

Government officials also worry about the sales tax revenue that will be diverted to Colorado instead of staying in Utah. Online sales of the Epic Pass generate revenue for Colorado, but Carrig explained:

“Wherever skiers show up, we pay sales tax on that area. It’s a formula that we’ll use to try to make sure that tax is fairly allocated. The Epic Pass tax will go to Park City if a person skis more days in Park City. The tax is paid based on their use of that place (rather than the location of VR’s headquarters).”

Nathan Rafferty of SkiUtah said they may soon be promoting 14 areas instead of 15; not because Vail would opt out of SkiUtah’s statewide marketing program like they did with Colorado Ski Country, but because of the single ownership status.

“Blaise has assured us that won’t happen (leaving SkiUtah entirely). We’re taking it one season at a time. This year they are Canyons and Park City.”

·       Carrig says Woodward Park City is on the backburner while they focus on transitioning to the VR system and interconnecting the resorts.

·       VR will sign a lease with Deer Valley to annex the Jupiter Peak acreage.

·       PCMR passholders will need to upgrade their pass to the Epic Locals or the Full Epic Pass. They will be allowed to keep the add-ons if they bought night-skiing, parking and FastPass    access.