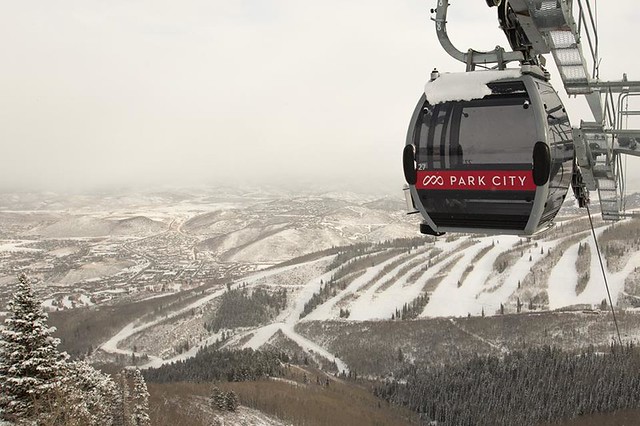 After all the lawsuits, posturing and hand-wringing, the merger of two Park City mountains became a confirmed reality Dec. 18 when Vail Resorts officials cut the ribbon on the new Quicksilver Gondola.

The eight-passenger gondola links the slopes and trails of former Park City Mountain and Canyons Resort and, thereby, creates the largest single ski and snowboard resort in the United States known simply as Park City Resort.

By ferrying skiers and snowboarders back and forth over Pinecone Ridge, the Utah resort trail map now covers 7,300 acres of skiable terrain – larger than Big Sky in Montana (5,750 acres) or Vail in Colorado (5,289), and second only to British Columbia’s Whistler Blackcomb (8,000) in North America.

The nine-minute ride delivers skiers and riders to the Silverlode and Motherlode lifts at mid-mountain on Park City, or to Flat Iron or Dreamcatcher on the Canyons side. A side benefit of the new lift will be better access to the mountain-top black-diamond terrain on both sides of the ridge – Thaynes Canyon to the south or Fool’s Paradise bowl on the north.

Skiers and ‘boarders will be able to disembark at the top of Pinecone Ridge for groomers on the Canyons side and expert tree-and-chute runs on the other side.

More traffic in an area that is often congested has prompted resort owners to upgrade the Motherlode Express to a high-speed quad and add two seats on each chair on the high-speed King Con lift – both on the Park City side. 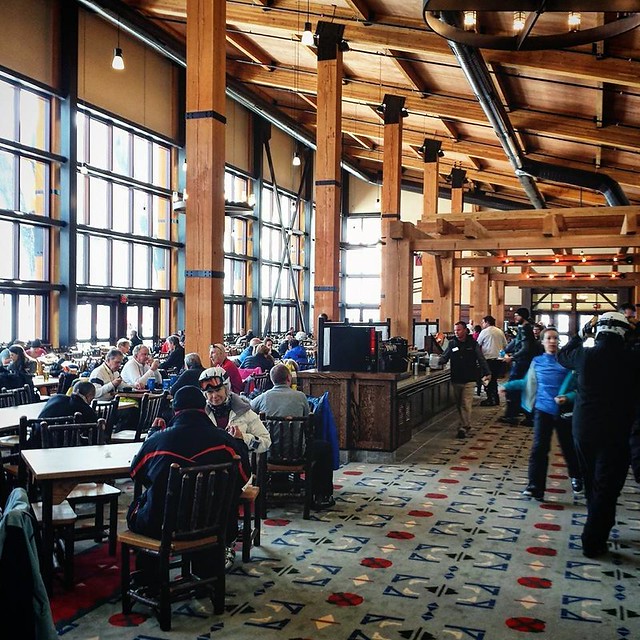 To complement the new lift, Vail Resorts put some $50 million in the on-mountain eateries on that portion of the resort. The former Snow Hut restaurant on the Park City terminus of the gondola is now the Miner’s Camp restaurant with 500 seats. And the popular Red Pine Lodge on the Canyons side added 250 to its capacity.

Down below, a new express shuttle bus between Canyons and Park City will ferry skier and riders between the two mountain base areas.

The new lift brings to a close a messy chapter of legal, political and personal conflicts between the owners of the two Wasatch resorts. In 2011, Park City Mountain officials failed re-up its lease with Talisker Corp., which owns Canyons. The two sides went to court and Vail Resorts, which operates Canyons for Talisker, won.

As a result, Vail Resorts purchased Park City for $182 million and announced plans to connect the two mountains.