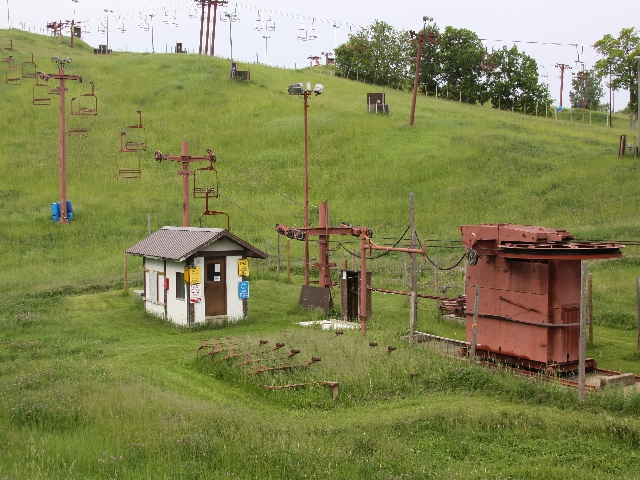 One of Wilmot Mountain’s most popular chairlifts, aka Chair 5, was down for much of last season much to the chagrin of its many patrons, but there’s some good news.

Wilmot is committed to bringing it back to life. So far this summer they’ve rebuilt the gearbox, gone through all the electric components on the lift, added new grips and sheaves over the entire lift, added a new cuppler, and sent the lift’s motor and drive out to be completely rebuilt. You can stay tuned and follow the progress on their website by following the above link.

Wilmot, one of the oldest ski areas in the Heartland, is located on the Wisconsin side of the Wisconsin/Illinois border. Its stature is measured by the million or so Chicagoland snowsports enthusiasts that have skied here since it first opened in 1939. There were less than a handful of ski areas in the Midwest at that time.

Helmut "Pepe" Teichner, considered the Dean of Midwest ski school directors, founded the ski school at Wilmot Mountain in that year, and over the next half-century taught more than half-million Chicagolanders to ski.  He died in 2001, but the Wilmot ski school is still going strong and teaching a whole new generation the sport of skiing and snowboarding.

Located on an ancient glacial moraine the ski area stretches for almost a mile along the ridge, and with eight chairlifts and six surface tows they keep skiers and riders moving up and down the ridge. Typical of ski areas near large metropolitan areas, nightfall finds the parking lot full of cars and the lodge rocking with people.  There's racing for all age levels and a busy après ski scene. Weekends can be hectic, but they handle crowds well.

Wilmot's season pass sale is underway and prices won't get any lower. Prices will be going up by over $100 next month. An individual season pass is now $355 and a family pass is $1170. Don’t delay, prices are only good through July 31.