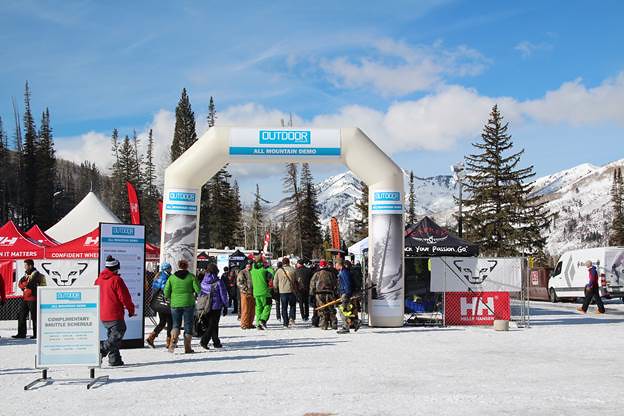 The Winter Outdoor Retailer Show 2015 is on! The event that regularly books out every hotel room in town has swooped into Salt Lake City, Utah, just two days ahead of the Sundance Film Festival this year. The annual marketplace for outdoor goods kicked off with an unusually low-key onsnow demo.

As I strolled the “village” near the base of the Eagle Express Lift at Solitude I wondered if I had come on the wrong day. Normally, snow would be falling, the super cold temps would send buyers and media scurrying for those "charcoalish" hardwarmer packs and I would have to wait in line to chat up manufacturers about what’s next for 2016. 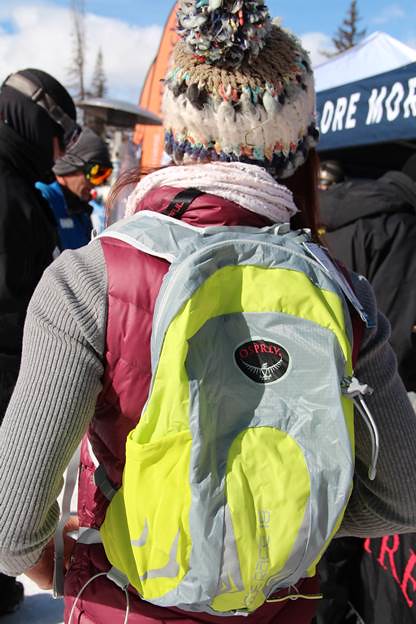 This time was some kind of alternate universe. Sunshine danced on the snowy peaks and dappled the thin layer of snow on the ground. On powder days past, it might have taken two to three hours to make my way from end to end perusing everything from baselayers and glasses to backcountry skis and boots. But the stroll took less than an hour this year. Where was everyone? The snowboarding companies dropped out. There were no helmet brands, and only a couple of backpack brands showed up.

It wasn’t a powder day; it wasn’t too cold to stand around; so I started to take a census. Everyone agreed this was one of the smallest turnouts in years and hypothesized that the economy, the downturn (at least in the West) of winter sports sales and the added cost to attend the on-snow portion of the show had finally taken its toll.

Manufacturers were staying down at the Salt Palace Convention Center in Salt Lake City to ready for the indoor opening instead of spending their time, resources and money to attend the demo? It can cost up to $50,000 for a small to medium company to attend the five-day event. Many are looking at a $100,000 tab if they include the Ski Show in Denver next week.

But companies like Leki Poles don’t see their presence going away. The OR Show is an opportunity for exposure and sales in their trekking market they can’t get anywhere else. Plus, nothing beats the hands-on action you get from testing poles in their element.

The focus of this year’s show seems to be on downsizing expectations. Fat ski models (110+mm widths) have moved aside for all mountain sizes (90s) - even for backcountry terrain. When you don't know when your next powder day is coming you need to have a ski that can handle it all.

Snowshoe companies like Atlas have lowered their expectations on what consumers want. They still have high-end, touring shoes but they will cater more to hikers who seek snow-packed trails rather than forging their own.