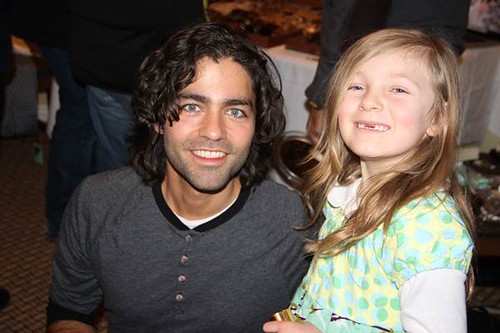 I’ve never completely understood the allure of celebrity. I’d much rather have a photograph of me and friends than me and actors who don’t know me, but it’s there…and it’s here in Park City, Utah. If you are skiing or riding in the neighborhood, have some "parkarazzi" fun at the annual Sundance Film Festival.

It’s fairly common to see stars skiing Deer Valley or riding Canyons but that’s typically like searching for Waldo. Not to mention asking for a photo while they’re hoisting a tray in the Silver Lake cafeteria will more likely gain you snarls than snaps.

But Jan. 22-26, 2016 is a whole different story as celebrity actors, musicians and filmmakers descend on our little mountain town. It’s perfectly legit to become a Parkarazzi so fine tune your camera and your smartphone. It’s Sundance Film Festival time.
During Sundance, the haystacks are gone and the needles are everywhere. There will be no shortage of cameras snapping during this first extended weekend of this independent film festival so get on that bus. This is not a time to be shy.

Get in there and ask if you want a photo of Jonny Depp (yes, he’s supposed to attend) or Zoe Kravitz. These celebs come to Park City with the expectation of facetime with fans. You’re not cramping their day to ask for a picture. In my 20 years of covering the Fest I’ve only experienced one actor who negatively vibed me- and I still got the shot.

That said, here are some tips on getting your ultimate fanfic:

1. Take the photo. You can get so overwhelmed standing next to your idol, smiling, and talking, that you forget to ask for a picture. Don’t.

2.  Wait your turn. Don’t try to interrupt for a picture if they are finishing up with someone else.

3.  Avoid the selfie. Get someone else to take the shot so you don’t fumble around and lose your window of opportunity.

4.  Stand next to them and take their lead. Maybe he puts his arm around you, maybe she jumps into your arms. Just let them decide the kind of picture they’ll take. Nothing is weirder than you trying to create the image.

5.  You only get one chance. Practice  to make sure your camera is working properly, you have memory space, your friends know how to focus your iPhone. You get one shot when they’re walking down Main Street.

6.  If you blow the shot -- it’s blurry, your eyes are closed, etc, don’t try to take another unless you can tell your celeb is super easy-going. Otherwise, just let them move along and do better with the next one. Yes, there will be another. Just look for the throng of people in black swarming around

Now, take a look at some of your targets at Sundance 2016: