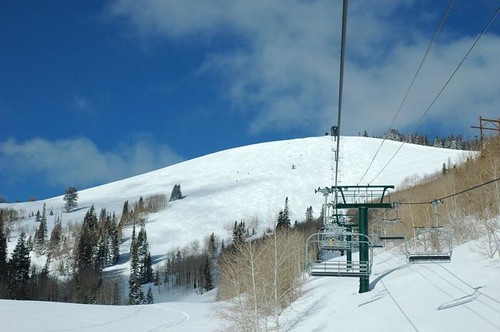 It’s just a week away: The biggest court date of Park City’s colorful history. But the court of public opinion has been chiming in for months about the fate of Park City Mountain Resort (PCMR) and its ongoing legal battle with Vail Resorts.

Vail sent a letter to PCMR this Tuesday and cc’d Park City’s newspaper The Park Record in attempt to “make everything transparent to the public”. (Click to SnoCountry.com’s full story here).

Here’s my take on what’s going on.

The five-page document from Vail Resorts CEO Rob Katz says they would be willing to buy Park City’s access to the mountain and attempts to make it simple: terms the public might grasp: “A landlord believed that its tenant’s lease had expired and wanted higher rent. The tenant refused to pay and sued the landlord, so the landlord found a new tenant.”

Katz writes that the resolution of this battle is extremely important to the Park City community. In reality, it sounds like they’re miffed that PCMR has threatened to block access to the mountain if they fail in court next week and they want all of Park City (and the business world) to hear their side and possibly turn the tables -- making PCMR look like grade school bullies.

One Park Record reader writes: “Now it is Vail's turn to put the Talisker position in the press, and we are getting a much different picture of what has transpired to date. It seems PCMR is going down with the ship, or will sail away intact. There is black and white and no gray for them, at least right now.”

There’s little doubt PCMR was asleep at the wheel when the time came to renew their sweet deal of a lease in 2011 and that Talisker/Canyons still accepted the rent check, so you might contend both accounting departments messed up.

So the question remains as to whether the old lease is valid. The court will hear that argument finally April 3, 2014. The court case following on April 8 will debate whether Talisker had a right to assign the lease on PCMR’s property to Vail Resorts.

Regardless of these arguments, PCMR owns the base facilities, parking lots and structures outright as well as the beginner lift First Time and the Superpipe terrain. They have already applied to the city for permits to build a Woodward Camp at the base similar to those at Tahoe and Copper Mountain, Colo.

Katz’ letter seems to hint that PCMR would be violating certain promises it made to the city to retain access to the slopes if they were granted permission to build Woodward. “Threatening to block access through your property simply does not make good business sense,” said Katz in his letter.

Leasing the property to VR has yet to be a monetized factor in the talks but perhaps PCMR could make a sizeable profit taking this route in the long run.  Several vocal critics agree

“The public is closer to a settlement while PCMR seems to be hoping for distance from reality. Time for PCMR to consider the offer and make the best deal. PCMR will lose in the long run. It’s called reality and progress,” said one.

The letter mentions a willingness to pay fair market value for the property but does not speak of a figure. The back and forth in this dialog between the resorts has taken more swings than a Ping Pong championship with neither side willing to concede on any account.

What is obvious from the letter is that it is, in reality, not an offer of any sort. It is VR saying that they are willing to sit down and talk and PCMR is not. Yet PCMR has said they’ve wanted to discuss a fair lease since before they filed the lawsuit.

They say the letter is pure positioning and we can expect many more such motions in the next few days leading up to April 3. What will be critical are the steps both resorts take after the April 8 hearing. Those are the talks that will matter to the community.

The actual letter from Vail Resorts is posted here.