PCSkiGal: Be Your Own Paparazzi At Park City's Sundance Fest 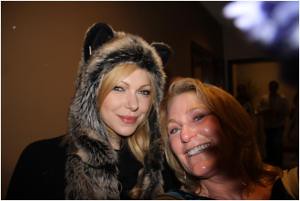 I skied with Barbara Streisand’s brother one year while teaching skiing at Deer Valley. I’ve spotted Danny Devito and talked with Kate Walsh at the Smile Celebrity Ski Race.

Will Smith and family have a home in the Colony at Canyons and that’s about the extent of my everyday celebrity elbowing. But we all know celebs ride - at Deer Valley, Aspen, Mammoth and even little starter hills in Minnesota. (“They’re just like us”)

So when the Sundance Film Festival comes to Park City, Utah it’s like putting whipped cream on hot chocolate. The recognizable faces pop up everywhere it’s hard to keep track of them.

Those stars who haven’t skied may get an invite from Oakley to get outfitted in their gifting lounge and attend their Learn-To-Ride program where team athletes take groups out to Park City Mountain Resort for a spin.

Others head out to check out the conditions on their own. The resorts keep to the down- low about who’s where but if you follow them on Twitter you can bet people will be posting who they just saw in the lift line, at the cafeteria, or sliding on Stein’s Way.

You’re sure to snap a ‘famous’ photo or two if you hang out near the First Time Lift at PCMR as it is the absolute best place in Park City for never-evers. 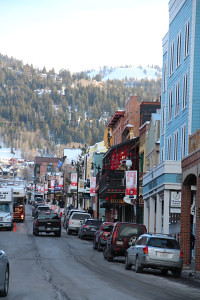 It’s hard to explain why we are so hungry for photos of actors; even when we constantly see them in magazines and on the big screen. The whole paparazzi thing is so nuts that people have died, sued and written books on the subject.

Still. snapping photos of strangers is a national pastime and there's no better place and time to feed the frenzy than at the Sundance Film Festival in Park City, Utah.

Each year, the 'A listers' in attendance grows. Many have films appearing in this year's fest while others (like the Kardashians and Paris Hilton) arrive to work the scene and perpetuate their mystique.

When they start shooting, so should you. I met a gal a few years back who snapped away with a medium-priced point and shoot. She told me she makes hundreds of dollars every Sundance selling her photos overseas. 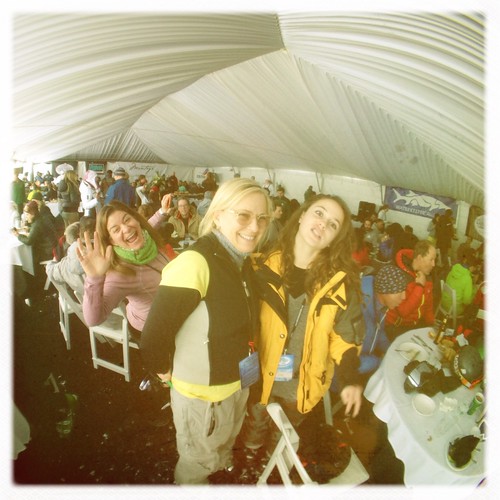