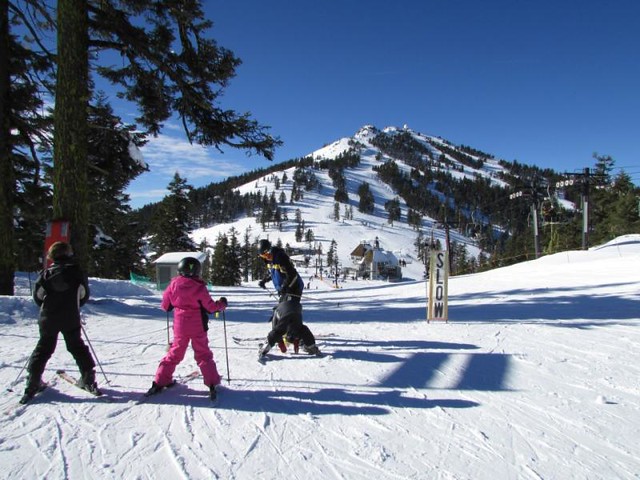 For the first time in its 50-year history, Mt. Ashland Ski Area never fired up its lift this season. But the good news for skiers and riders is the Oregon ski area will operate next winter, thanks to a federal loan.

Owned by the city of Ashland, the nonprofit ski and snowboard local area received less than a foot of snow on its 200 acres this season – the lowest snowfall since it opened in 1963. Facing an $800,000 loss, the Mount Ashland Association board of directors have secured a $750,000 Small Business Administration “lifeline” loan in order to pay its bills.

However, the 30-year, 2.5 percent loan will not be spent on a planned expansion, according to the association board. The plans called for a new chairlift and lower intermediate and novice runs, a warming hut at the top of the new lift with composting toilets, 60 more parking spaces, the widening of some existing runs and 23 watershed restoration projects.

The nonprofit association has been raising funds for several years to pay for the expansion, but this year’s non-season put a crimp in those efforts, according to mountain officials.

“We won’t be spending money on (expansion),” General Manager Kim Clark told the Ashland Mail Tribune, noting that association lawyers are donating time and the GM himself has cut his salary in half.

In order to raise funds and look to the future, Mt. Ashland is offering half-price season tickets for current season ticket holder -- $149.50 for adults – through April 30. New season tickets are priced at $299 before the deadline.

Since the area is a nonprofit enterprise, the cost of a season ticket may be tax deductible as a charitable donation, according to officials. An extra $40 qualifies as a Donor Pass, with discounts on beverages, retail items, lessons and tuning all next season.

Current pass holders can still get in a few turns before the Oregon season ends, as Hoodoo and Mt. Hood Ski Bowl will honor those passes for free skiing and riding.