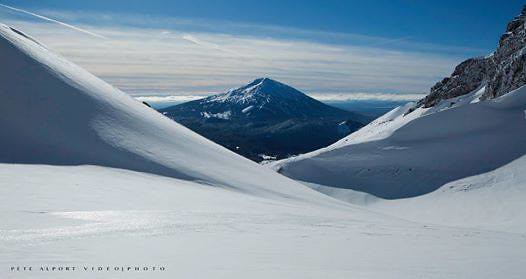 The small print on the back of a ski lift ticket is now in the legal spotlight, following a decision by the highest court in Oregon that such waivers are “unenforceable” and a snowboarder injured at Mt. Bachelor’s terrain park can sue the resort for damages.

The ruling pits the “inherent risk of skiing” against the rights of an injured individual to claim negligence on the part of the resort. The impact of the ruling, which has been said to “unwind 30 years of law” that has favored the resorts, likely won’t become clear for several years – both in Oregon and other states.

Andy Balyeat, the lawyer for defendant Mt. Bachelor, told SnoCountry.com that he is suggesting to the resort a voluntary “negligence fee” to be available to the ticket buyer as a form of insurance against resort negligence.

“Essentially,"  Balyeat, told us, “I’m recommending the fee but we are in uncharted waters here. It’s too early to tell what the impact will be.”

Legal and risk assessment experts contacted by SnoCountry.com agree that states will have to take another look at laws that make liability and negligence claims against resorts difficult to prove.

“I think it will have a huge ripple effect,” Dave Byrd, director of risk management for National Ski Areas Association, told SnoCountry.com. “It’s reversed decades of case law in Oregon that upheld the releases (on ski tickets). I think Oregon and other states will go to their Legislatures to strengthen the statutes.”

In its ruling, the Oregon Supreme Court reversed a lower-court decision that said Mt. Bachelor wasn’t negligent in 2006 when a snowboarder was injured in a terrain park. In legal terms, the high court called the release “unconscionable” – specifically that the release was “offered on a take-it-or-leave-it basis” and it was unfair because a resort had a “superior ability to absorb and spread the costs associated with insuring against those risks.”

Jim Chalat, a personal injury attorney in Denver, told us similar waivers and releases are “falling out of favor” these days, partly because they provide immunity that can “promote negligence” and partly because ski and snowboard resorts are no longer mom-and-pop businesses run on a shoestring but owned by large corporations with financial backing.

“I think the ruling is very significant,” attorney Art Johnson, who represents the injured snowboarder, told us. “It says there should be a reasonable level of responsibility on the ski area to have safe equipment. It’s not a radical decision, but my view it is reinforcing tort law that allows a plaintiff to be compensated for pain and suffering.”

What It Means: Oregon resorts will have to decide what measures they will take on their mountain or in their state legislature to clarify their exposure to claims of negligence.