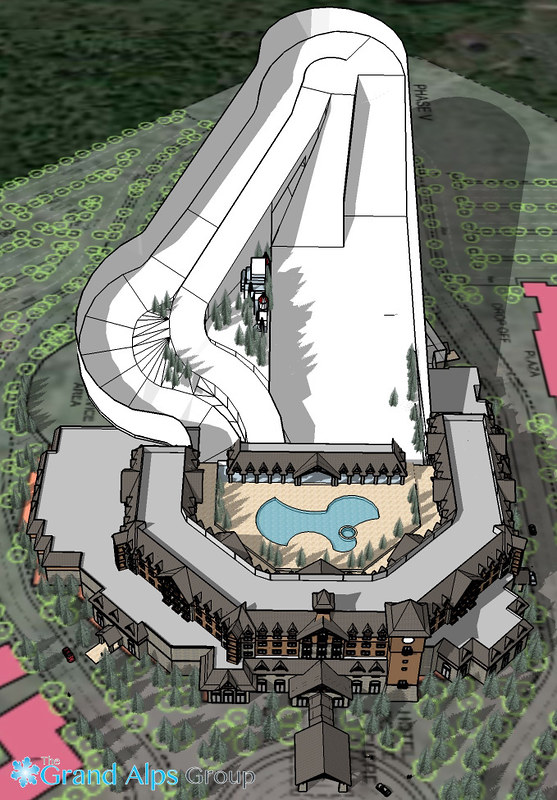 Texans say everything is bigger in their state, so it makes sense that the city of Grand Prairie has announced plans for an indoor ski and snowboard resort dubbed The Grand Alps.

Snow doesn’t fall much in this Dallas suburb, but a partnership between the city and developers promises to open the world’s largest indoor “snow center” -- seven runs within a 1,200x570-foot slope with 300-foot vertical – some time in 2018.

The city donated land near the Lone Star horse racing park and gave the developer tax breaks to lure them to the city.

Developers Grand Alps say that the 350,000-square foot facility will include a half-pipe, terrain park and free-ride course with berms. A 300-room luxury hotel, under the Hard Rock Hotel moniker, is also in the plans.

The slopes and trails are expected to accommodate up to 2,000 skiers and snowboarders at one time. According to Grand Alps, the facility’s temperature will always hover around 28 degrees F. so that snow can be made year-round through giant snow guns.

The developer says it has built several dozen of these indoor ski resorts. Ski Dubai, which is the size of three football fields with five runs – green to black diamond – high-speed quad and rope tow, sits inside a shopping mall.

“We’re the originators of (the concept),” said Sherman Thurston, of The Grand Alps Group, to local media. “We’ve done 23 in the world, they’re all still up and operating, and we know the snow business."

Photo: The Grand Alps is coming to Texas.