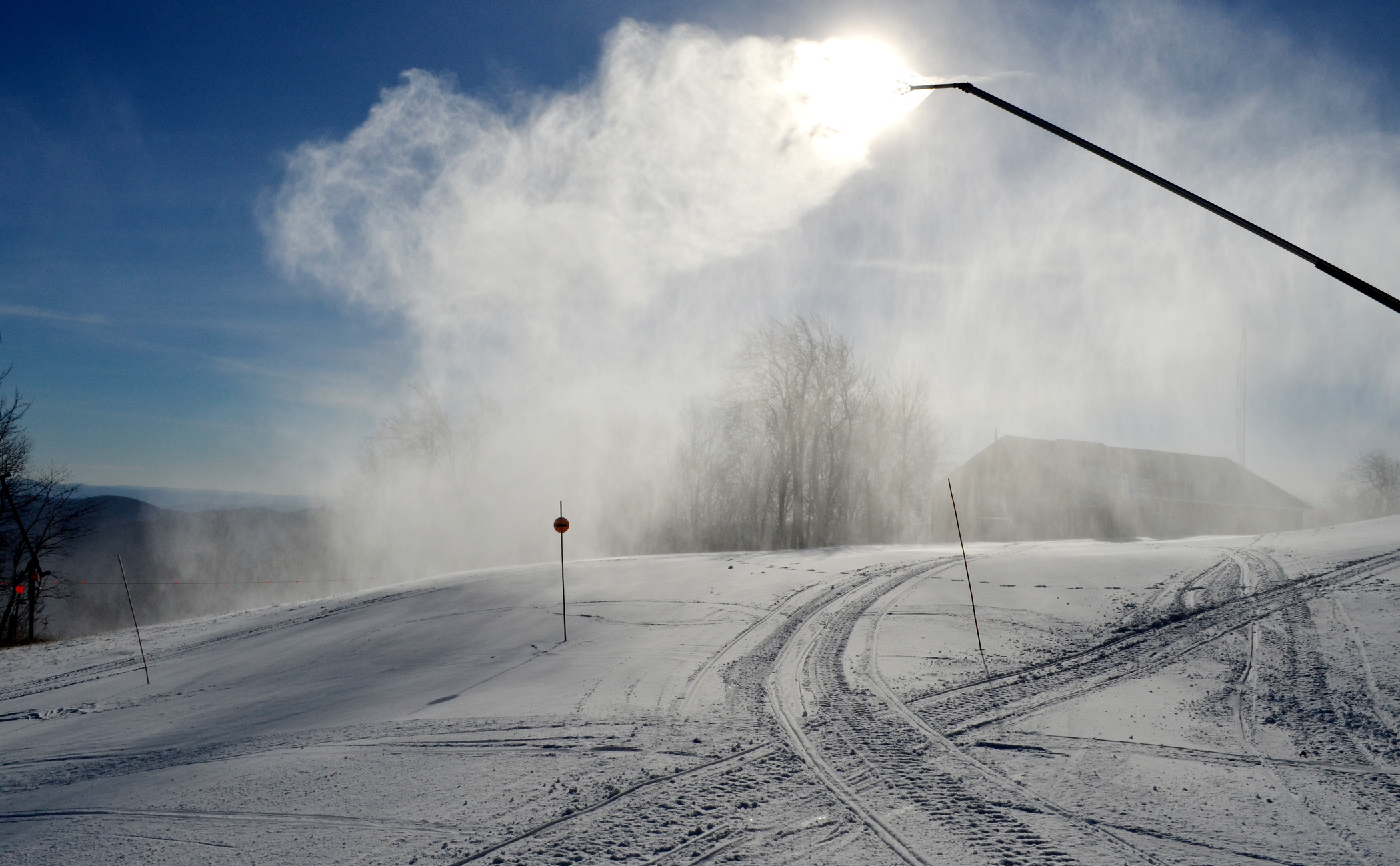 Okemo Mountain Resort’s Operation Snowburst returns for a second season of snowmaking improvements to include the addition of 100 new, energy-efficient tower guns.

Operation Snowburst Part 2 brings Okemo’s mountain-wide total of HKD tower guns to 1,125. Okemo also utilizes several hundred snowmaking guns of varying types, but it is the HKD SV series of guns that will be making a big impression on skiers and riders visiting Okemo, and specifically the Solitude area, this winter.

The rugged frost-free valve allows the operator to achieve four levels of water flow, making the tower gun capable of a smooth transition from low-flow, high-temperature performance to high-flow, low-temperature production without the need for changing nozzles.

“Last year’s $1 million investment in snowmaking was so successful, we decided to enhance our potential again,” said Okemo’s Snowmaking Manager Ray Kennedy. “With the efficiencies these snow guns provide, we can provide our guests with a better skiing and riding experience early in the season and improve Okemo’s ability to recover more rapidly from unfavorable weather situations throughout the season.”

“Last winter’s earlier-than-planned opening day was due to the hard work of our mountain operations and snowmaking teams as well as Okemo's commitment to snowmaking,” said Okemo VP and General Manager Bruce Schmidt. Okemo is targeting Nov. 15 as opening day of the 2014/2015 season.