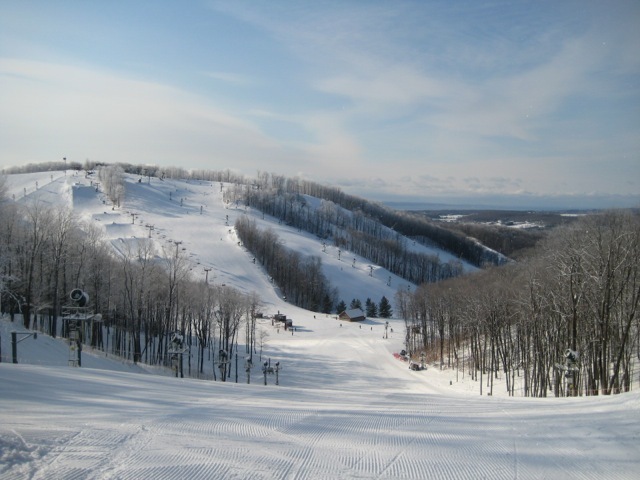 “We are opening with at least 32 runs and two glade areas, which will include nine runs on the south face. It’s the most runs that we’ve ever been able to open with this early in the 56-year history of the ski area,” Jim Bartlet, Nub’s general manager, proudly told SnoCountry.com. “It’s been the best snowmaking start ever, and that is coupled with the over two feet of natural snow we’ve already received to start the season. Skiing and riding will be amazing this weekend, let alone that it’s the weekend before Thanksgiving when we typically try to open.”

The unprecedented opening means that 60-percent of their terrain will be open for skiing and riding. Nubs Nob offers 53 runs and slopes off of three separate peaks. Another bit of historic news.

“We will also open with all of our cross country trails groomed and ready for the Nordic crowd,” Bartlett enthused. “That’s another first. It’s often January before that segment of the operation is fully open. This is truly a historic opening. I just encountered a couple of skiers on the cross country trails when I was out packing earlier today, and they reported it was like mid-winter conditions.”

Nubs will be open Saturday and Sunday, Nov. 21-22 9 a.m.-4 p.m., with early season rates. They will close Monday and Tuesday and reopen on Wednesday through Sunday for the Thanksgiving holidays, close again, and reopen for the season Friday, Dec. 5.