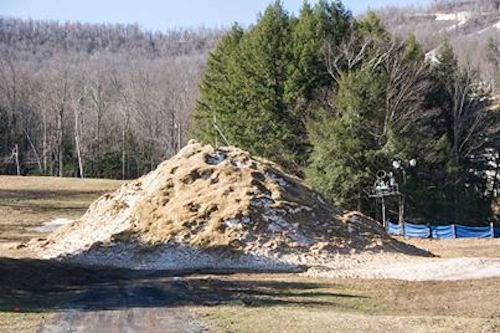 The Adirondack Express II is not the only ORDA upgrade on the docket, as the office of Governor Andrew Cuomo said that an Albany construction firm will soon start rebuilding the Whiteface Mountain Veterans Memorial Highway, near Lake Placid.

The eight-mile road from the Town of Wilmington, open from May to October, brings visitors to the summit of the state’s fifth highest peak. The highway has fallen into disrepair over the years, but an expenditure of $11 million is expected to fix that, as well as related infrastructure.

On the other side of New York, Holiday Valley, near Buffalo, has opened the front nine holes of its golf course, and is just waiting for the rest of the layout to dry before offering all 18 holes.
Also, Holiday Valley’s Sky High Adventure Park opens May 2; the three-pool complex welcomes guests beginning May 24; a multitude of events dot the calendar from June to November, which can be found on their website.

While visitors are enjoying all these activities, summer improvements will take place, such as snowmaking enhancements, trail work and upgrades to the Inn at Holiday Valley.

Windham Mountain, in the Catskills, opened their golf course, the Windham Country Club, April 25 after rebuilding four holes that were ruined by Hurricane Irene in August 2011.

Windham is offering a combination pass for 2014-2015, which includes an unlimited membership at the country club and Mountaineer Series.

Stock-piled snow will be used for Windham’s Endless Winter Rail Jam May 24. There will be an Independence Day party July 4; the UCI Windham (mountain biking) World Cup Aug. 9-10; Oktoberfest Sept. 6; and the Ahimsa Yoga and Music Festival Oct. 4-5.