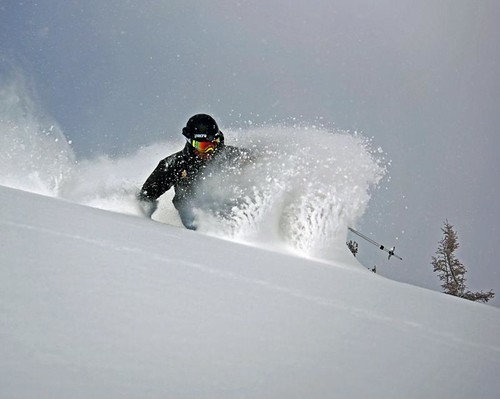 With an off-season in Utah dominated by news of ownership changes and mergers, it’s a relief for skiers and snowboarders to finally strap ‘em on and get back to what’s important: racking up the runs.

A brand-new resort and another with a new name, a couple of new lifts and a bit more terrain highlight the latest on-mountain happenings in the Beehive State as the 2014-2015 season approaches. Nine resorts have announced opening dates in November – the earliest at Solitude (Nov. 14). By mid-December, lifts should be turning from Beaver Mountain and newbie Cherry Peak to Eagle Point and Brian Head – and all 11 in between.

Resorts kept crews busy during the offseason, so here’s a look at what’s new:

Lifts. Brian Head has replaced the venerable Giant Steps chair with a new high-speed quad, reducing riding time to the top five minutes. Neighbor Eagle Point has the new Tuchas Peaks surface lift that delivers experts to black-diamonds on the backside previously reached by hiking or snowcat. Powder Mountain has replaced the 40-plus year old Snowdown Ridge lift with a new quad.

Terrain. Alta spent the summer re-grading Corkscrew off the Collins lift to give intermediates a broader run to the base, and removing a cat track that interrupted the top-to-bottom route on High Rustler. Eagle Point has expanded the Park Lab terrain park with 12 new features and progressions for all abilities. The new owners at Nordic Valley (formerly Wolf Mountain) in Eden have committed to adding 700-800 vertical feet in the next couple of season. Beaver Mountain is lighting another run for night skiing.

Snowmaking and grooming. There are new guns, snowcats and snowmobiles at Deer Valley. Snowbasin put in 30 energy-efficient snow guns and added snowcats to its grooming fleet.

Huts and lodges. Skiers and riders disembarking the Snowbird tram will see construction has begun on the mountaintop warming and eating facility on Hidden Peak. At Deer Valley, The Brass Tag restaurant opens in the base area and Burgers & Bourbon debuts in the slopeside Montage Deer Valley. The Cloud Dine at The Canyons is now almost twice as big, with a new deck.