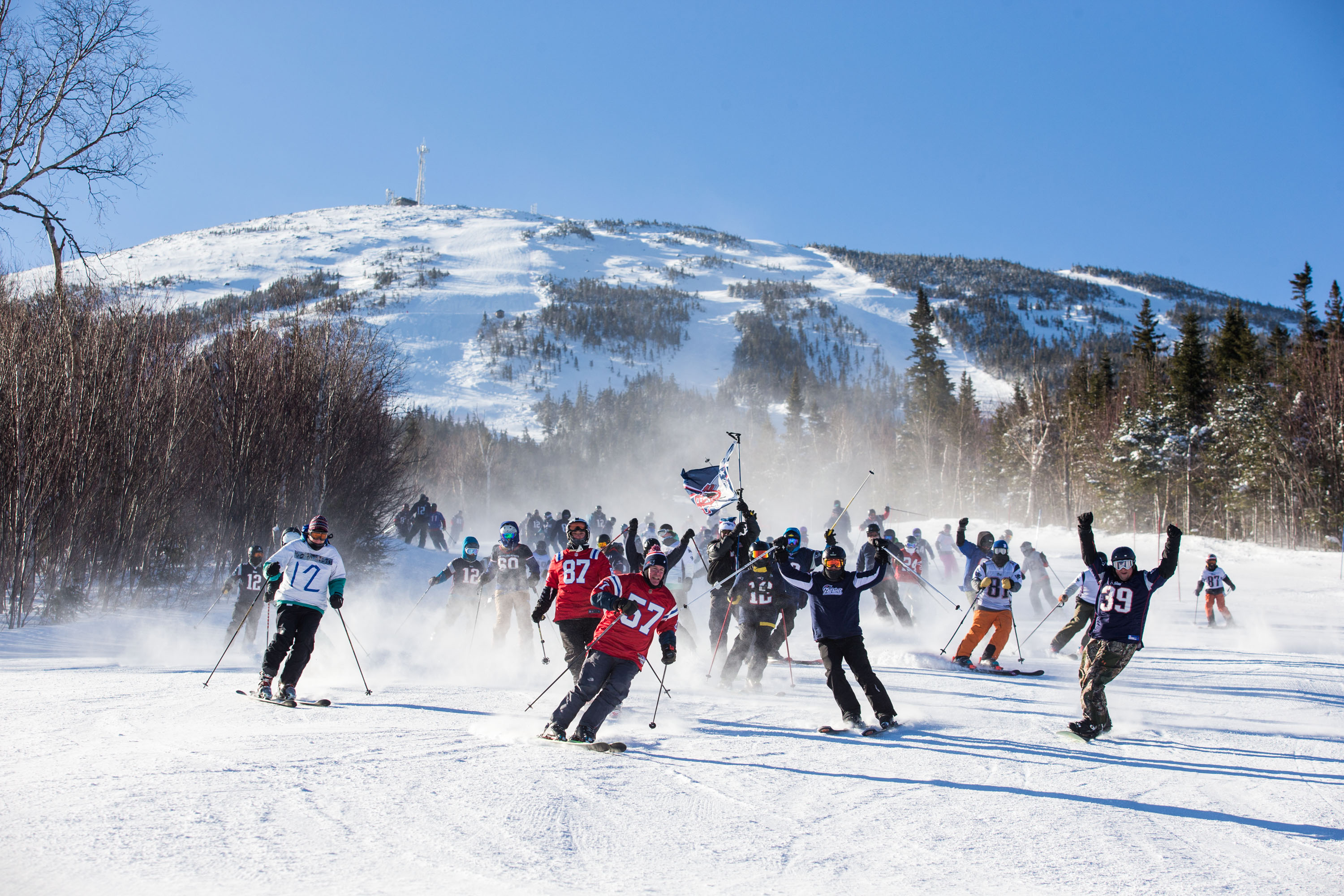 It's be a free powder day at Waterville Valley Resort in New Hampshire today (Feb. 3). In celebration of the Patriots Super Bowl win, Waterville Valley is inviting all of New England to ski or ride for free as the finale of their Patriots Tuesday promotion run during the football season.

“Patriots Tuesdays have done well and we decided to extend the promotion in honor of their big game win and offer free skiing,” Waterville’s Jamie Cobbett told SnoCountry.com.”

Cobbett added that 17 inches fell at the resort last week, and they expect another nine inches on Monday. “We are currently 100 percent open and tomorrow should be one of the best days of the year for snow conditions.”

Skiers and riders who showed up in Patriots jerseys received a half priced lift ticket on Super Bowl Sunday, and were able to earn a voucher for another day by participating in the group run.

“Sugarloaf nation is Patriots nation,” Diller said in a statement. “We love our Pats, and this was a fun way to show our support from all the way up here in Maine.”

Pats fans who spent the pre-game period on the slopes were treated to exceptional conditions, after close to two feet of new snow fell at the resort during the past week. Forecasts are calling for an additional 4-8 inches of snow on Monday and Monday night.

Photos: Sugarloafers' support may have been just what the Pats needed to win the Super Bowl. (Sugarloaf)