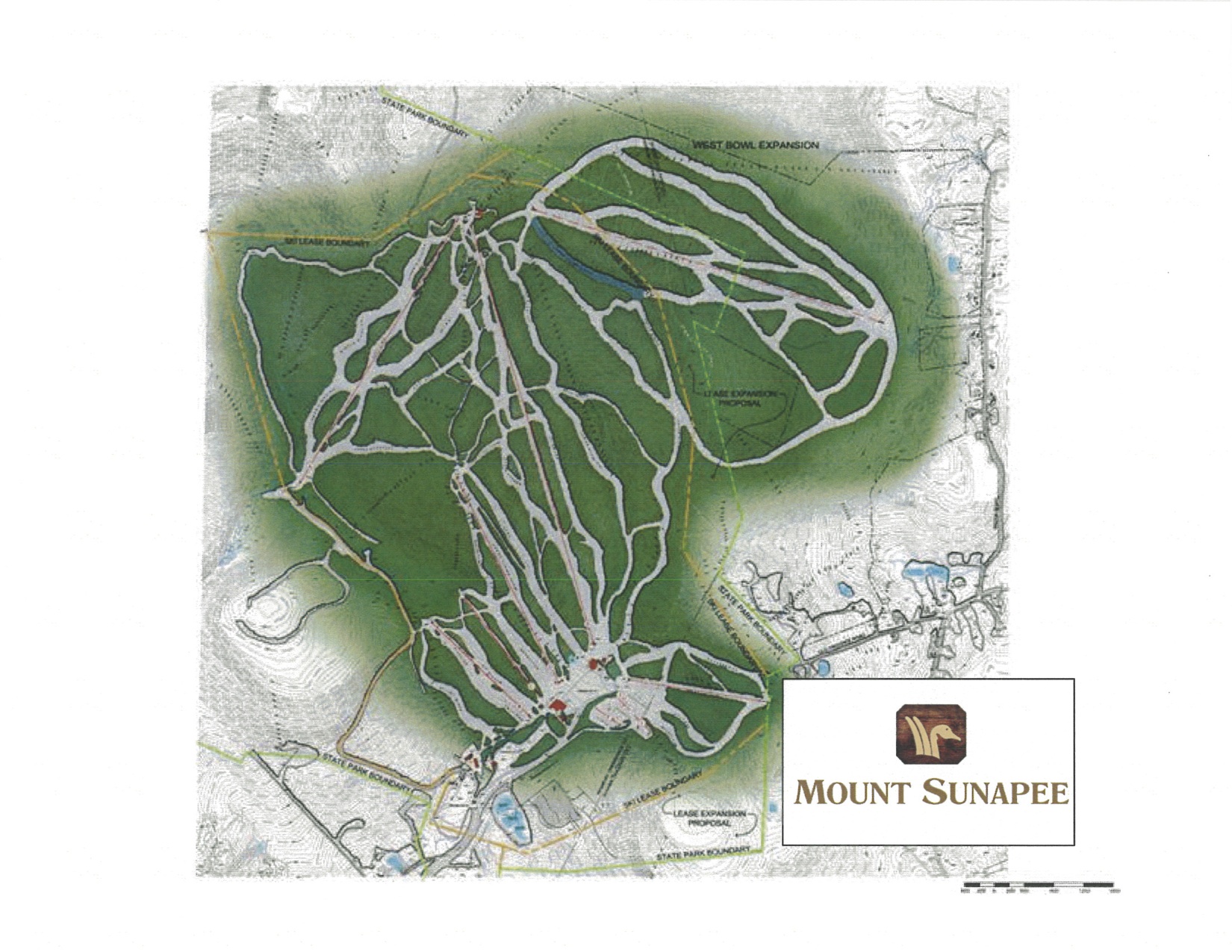 The New Hampshire Superior Court has ruled in favor of Mount Sunapee Resort’s long standing claim that the leasehold boundary for operating the ski area is the same as the state park’s north and west boundaries. That opens up the opportunity to expand skiing and riding into the West Bowl as a consideration by the owners.

The state had prohibited Mount Sunapee from expanding the skiing and riding terrain for ten years, claiming the leasehold did not extend to the state park boundary.

“After a signed agreement in 1998, the state created a 175-acre buffer zone on Mount Sunapee State Park land. The buffer zone made it necessary to go through the Governor’s Council for approval to use the land, but then-Gov. Lynch never put it on the agenda,” Sunapee’s Bruce McCloy told SnoCountry.com. “It is now crystal clear that the boundary of the ski area is the boundary of the state park.”

In the decision, Superior Court Judge Larry Smukler wrote, “The plaintiff has provided clear and convincing evidence that the parties agreed that the northern and western boundaries would be coterminous with the state park boundary and that they agreed to put it in writing. There is variance between the parties’ agreement and the writing because the state did not draw the metes and bounds survey to conform to the parties’ intentions.

Judge Smukler wrote further, “Based on the foregoing, the court finds and rules that the plaintiff has sustained its burden of proving the elements of its reformation claim by clear and convincing evidence. As a result, the lease is reformed to reflect the parties’ true intentions regarding the leasehold area – the northern and western leasehold boundaries are coterminous with the state park boundary.”

As required by its Lease and Operating Agreement with the Department of Resources and Economic Development (DRED), Mount Sunapee presents a Master Development Plan to the state every five years. Since 2004, Mount Sunapee has proposed an expansion of the ski terrain at area onto the western flank of the mountain that has been called the West Bowl.

The West Bowl lands were purchased by Mount Sunapee to develop that area for additional ski slopes after a proposed expansion into the East Bowl area was abandoned due to old growth forest characteristics found in that area.

The West Bowl expansion would take place on the top part of the 175 acres that had been in contention as well as 656 acres that owners Tim and Diane Meuller have purchased, mostly in the towns of Goshen and Newbury.

The expansion would increase skier acreage by 34 percent. Improvements would include a 5,100-foot high-speed quad, four top-to-bottom runs on about 80 acres and feeder trails, along with a base lodge and parking.

The Master Development plan says that this is the only expansion project in the 40-year lease from the state that began in 1998.

“This decision has taken a huge road block out of our way, but it is in no means a done deal,” McCloy told us. “The original development plan was approved by DRED with conditions in 2006. Now Sunapee has to go through another cycle of approvals, including DRED, as well as local and regional public hearings in the towns the expansion would take place in, such as Goshen and Newbury.”

Meanwhile, a high-speed quad is currently being installed in the Sunbowl area of the mountain (see SnoCountry.com report). “This lift replacement is going to trigger a several new projects,” McCloy told us. The high-speed lift from Okemo, Sunapee’s sister mountain in Vermont, is currently being moved to Sunapee.

Plans include moving the Sunbowl fixed-grip quad to North Peak. The triple chair currently at North Peak would then go from the bottom of the Sunbowl to the top of North Peak.

“This will change the patterns of how people will ski the mountain. The quad will enable more people to get on to the mountain in the morning. Currently the North Peak is a busy lift, taking people to both North Peak and Sunbowl, one of the favorite morning areas.”

According to McCloy, the shifting of all these lifts is a 2-3 year plan. Meanwhile, if Sunapee receives approval for the 5-year Master Development plan allowing for the West Bowl expansion, Sunapee will have to prioritize which projects to move forward with.