Mount Baldy Officials Thankful To Be Outside Monument Borders 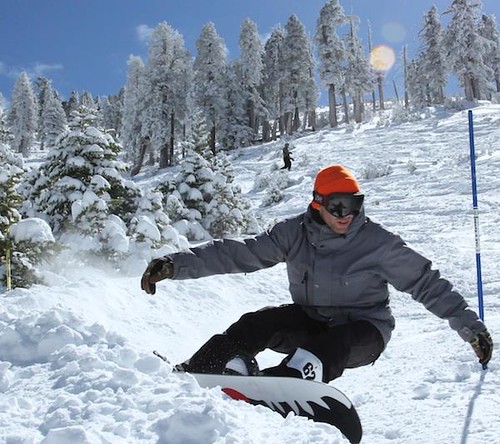 Officials at Mount Baldy get to breathe a sigh of relief as the Southern California ski and snowboard mountain has been determined to be outside the boundaries of a new national monument.

The result is that the 700-acre ski area won’t have to contend with the heightened regulations and restrictions that come with federal oversight of the new San Gabriel Mountains National Monument. Initial maps of the national monument were unclear as to Mount Baldy’s inclusion, but the latest maps show that it is just outside the eastern border.

Designation of a national monument is seen as a protection of wildlands and water sources just above the massive Los Angeles Basin.

Mount Baldy General Mmanager Robby Ellingson told local media he was relieved by the decision, although he still has questions about how management of the monument will affect the resort’s operations.

For several decades, ownership has sought funds to expand onto the north-facing backside of the mountain where snow sticks longer into the season. Expansion has been supported by business and landowners, but opposed by environmental groups. Ultimately, a lack of money has stalled the effort, according to local reports, although Ellingson believes the designation might have been an effort to permanently stop the expansion plans.

“We do feel like this is a backhanded way to stop development of the backside,” he was quoted a saying in The Press Enterprise of Riverside County.

Of greater concern for the ski and snowboard mountain is snow at the mountain with 2,200 vertical feet. Snowmaking is limited and a persistent drought in California has made conditions at Mount Baldy tenuous.

Annual skier-days sit at about 60,000. Nonetheless, season tickets are on sale at the mountain that is closest to metropolitan Los Angeles, with hopes of opening by December.

Another L.A. commuter resort, Mountain High was determined to be inside the national monument boundaries, a situation downplayed by mountain officials.

“It means nothing to us,” John McColly, Mountain High’s marketing director, told The Press Enterprise. “There’s not going to be any change to access or to our business.”