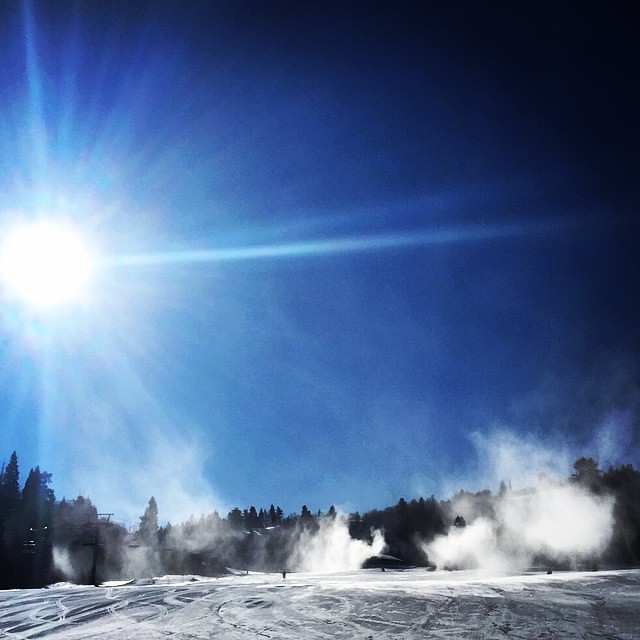 Construction crews at Utah's Snowbasin have built a new reservoir on the mountain this summer to solidify snowmaking at the northern Wasatch resort.

Mountain managers expect that the new water storage facility, located just south of the Middle Bowl chairlift and below The Needles restaurant, will reduce the amount of costly pumping necessary to put artificial snow on the mountain.

“An analogy would be, we’ve got the kitchen and four ovens, but we’re only buying enough gas to run two of them,” said Snowbasin’s John Loomis. “So we just need more storage so we can run continually at a higher capacity when it’s cold.”

Dedicated to snowmaking, the new reservoir can hold 11.5 million gallons at the 2.6-acre site and, because of its high elevation location, will feed water via gravity into Snowbasin’s system all over the mountain. An existing reservoir provided snowmaking water but also supplied water for restaurants and for fire suppression.

Skiers and snowboarders may notice snowmaking guns operating for longer periods of time. Thanks to the increased storage capacity, Snowbasin snowmaking will be able to run up to five days at a time – versus the previous operating capacity of eight hours.

“What I really hope for is now we’ve spent all this money (on the new reservoir), it’s going to snow so much we won’t need it,” Loomis said. “I’m sure that’s not going to be the case.”

Other news at the Utah resort includes a three-day ticket sharing program with Telluride in Colorado. Season pass holders at either resort can ski or ride for free at the other resort for any three days of the season.

Photo: Snowmaking at Snowbasin will increase because of more water storage (Snowbasin/Facebook)