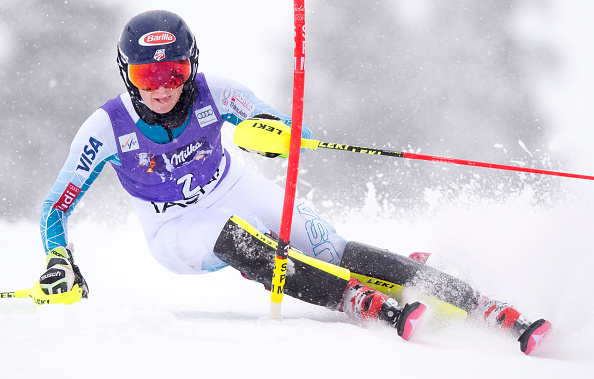 UPDATE: A day after winning the slalom by over two seconds, Shiffrin took 14th in the Audi FIS Ski World Cup giant slalom in Jasna, Slovakia.

Since her comeback from a left knee injury sustained in December, Shiffrin has won back-to-back slaloms. In Sunday’s first run, she won by 1.67 seconds, despite claiming that her timing was still a bit off due to her eight-week absence from competition.

“Frida has been just as consistent as I have been, or even more consistent in the past three, four years,” Shiffrin said of the Swedish racer who won the World Cup slalom in Lienze, and has been on the podium six times this season. “She has walked away with however many second places, but you have to be really consistent just to get on the podium. But she deserves to win the globe.”

Both runs I just I tried to pretend a bear was chasing me - just go faster. It worked really well. It was a rough course but the course workers did a great job in keeping it to together.

The women will try again for a Giant Slalom Monday. The scheduled race was postponed by high winds Saturday.