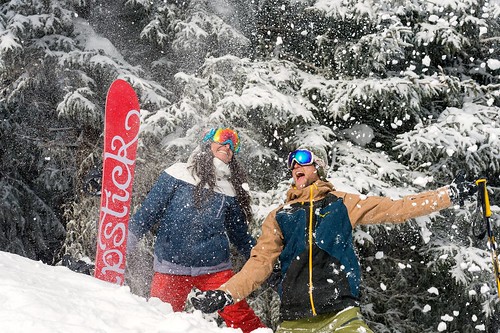 Resorts in Virginia, West Virginia, Pennsylvania and Maryland could see two to three feet of snow blanket the slopes, a welcome reprieve after an unusually warm start to the winter.

Snowshoe Mountain in West Virginia is urging skiers to come early and enjoy a long weekend of powder. “We’re having more people book Thursday night and Sunday night than cancelling. Even if skiers can’t get here this weekend, they know the snow isn’t going anywhere,” Snowshoe’s Shawn Cassell told SnoCountry.com

Cassell added that although they anticipated a slow start to the winter, they’re excited for this snowfall. “Back in November we saw the El Nino pattern which means in the Southeast a warm, slow start, but then in January through March, game on with Nor’eater producing storms. We don’t think this will be the last.”

Their Facebook page is enticing guests to play hooky on Friday with 20 percent off lodging: “While we're more than excited about the potential for a HUGE snow storm starting Friday, we do anticipate very hazardous conditions for travel. The safest bet is to come on up Thursday night so that you'll be in prime position to catch a few powder days.”

After several openings and closings since December 11, Snowshoe was able to stay open starting January 2 this year, but “2016 came in with a whole new ball game,” Cassell told us. The cold weather arrived on New Year’s eve, and since then, the temperatures have allowed the resort to blow snow on 150 acres, 60-70 percent of their terrain. “I think we broke a personal record on the amount of water coming up the mountain,” Cassell added. “The last couple of weeks we’ve had days in the single digits. The snow guns are much more productive at those temps than in the 20s.” 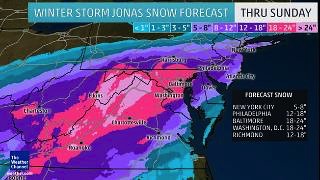