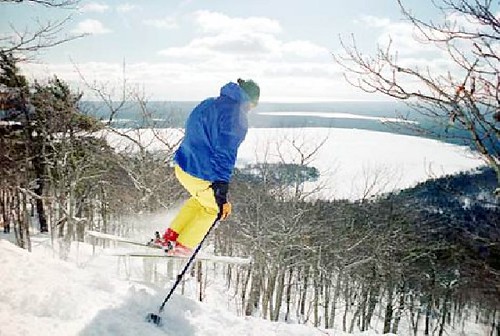 The new ski area, just south of Copper Harbor and close to Bohemia, has a vertical drop of 700 feet and initially about 200 acres of terrain with a combination of open runs and some tree runs. The cat skiing operates Wednesday and Saturday. Daily cost is $150 per person for a day of cat skiing and reservations are required. Several days have already filled for this season. It started operating about three weeks ago and has an easier reputation than its big brother. 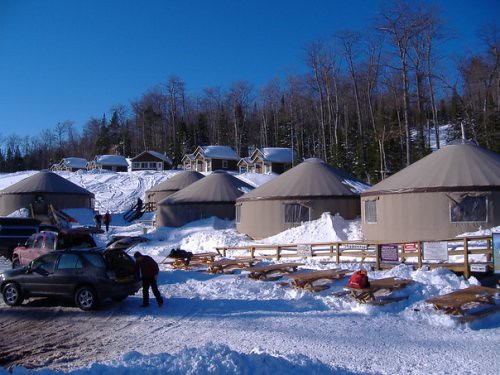 GM Vern Barber said last spring when the new mountain was announced, “It will offer more intermediate terrain in contrast to the rugged adventure of the steeper Mount Bohemia. Solid intermediate skiers or riders will enjoy themselves. The views will be as breathtaking. Most of the runs are north facing overlooking Lake Superior, which should provide for a longer season.

“When fully built, Voodoo Mountain will stretch almost 2.5 miles across four peaks offering dramatic views of Lake Superior. It could eventually encompass more than 1,400 acres of skiable terrain making it the largest ski area in the Midwest,” he added. “Together, Voodoo Mountain and Mount Bohemia would eventually offer over 2,000 acres of skiable terrain making the two areas the second most skiable acres east of the Rockies.”

Bohemia spread out over nearly 600 acres with cliffs, chutes, trees, steep drops and all natural snow is typical of backcountry you find out west. There is nothing else even remotely like it mid-continent. Two chairlifts whisk you back to the top to find another line through the trees, boulders and cliff drops. Beginners aren’t allowed and wouldn’t enjoy any of it.

Annual snowfall in the area is around 270 inches of powdery, Colorado-like, lake effect snow, a key ingredient for cat skiing and the backcountry.

Mount Bohemia is offering winter lodging special. Stay any Tuesday or Thursday night in a trailside cabin or yurt, and Wednesday night lodging is free, good all winter long. The yurts rent for $295 a night based on six people and the cabins for $160 per night based on double occupancy. Breakfast and dinner is included with both rentals. Lift tickets are $59 daily. 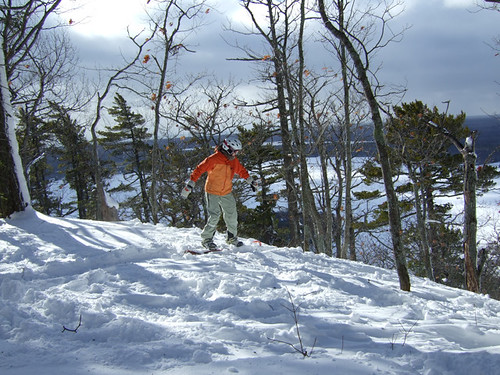 Tweet
Tags:
Mount Bohemia Michigan
RealSkiers: A (Slight) Swing Back Toward Sanity
WinterKids To Bring Night Skiing To Sugarloaf For ...