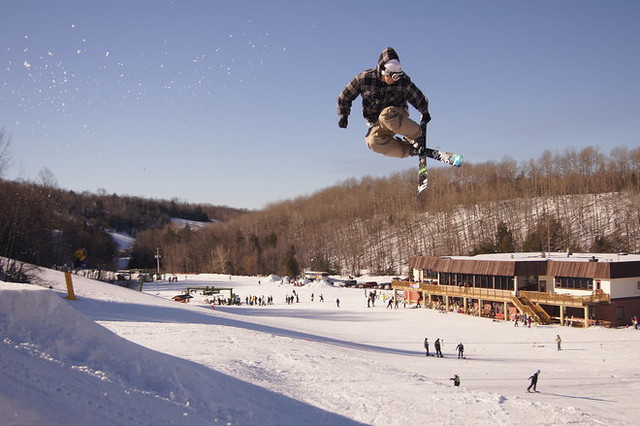 Big things are happening in Michigan’s UP, a.k.a. Big Snow Country where they receive on average close to 20 feet of snow per winter. They’ve already received close to 13 feet this season.

It was announced last summer that Blackjack owner Art Dumke, an Oshkosh, Wisc., real estate developer, had acquired Indianhead and merged their season passes and ski operations allowing visitors to visit both resorts with an interchangeable lift ticket.

They have now announced they looking at building a new 140-bed hotel and casino on top of Indianhead Mountain in partnership with the Lac Vieux Desert Band of Lake Superior Chippewa Indians. It would also serve as a conference center, according the Ironwood Daily Globe, which could possibly bring more summer business to the area.

A feasibility study is underway, according to Dumke, who said, “The goal is to get the community to work on one project that could spill over into other projects.” Plans are to start construction in spring 2016.

Some area townships have already voiced support for the concept. The tribe would need approval from the federal government and the state of Michigan since it would not be built on tribal lands. Indianhead is an upside-down resort with lodging and facilities on top of the ski hill.

There are 52 runs, four terrain parks and 15 lifts combined at the two ski hills to keep you moving on the slopes. Indianhead has a 638-foot vertical drop making it one of the larger ski resorts around the Great Lakes. Blackjack’s vertical is 465 feet where expert runs account for nearly 40-percent of the resort’s terrain. Indianhead’s terrain consists of long, boulevard-like runs cut wide in mile-long swaths from to bottom. The Voyageur Highway Run, a broad green run covers nearly 40 acres top to bottom. There’s lots of room for novice skiers and riders to maneuver.

Lodging at Blackjack is all condominiums and Indianhead offers slopeside condos, homes and rooms in its hotel, which was converted from a dairy barn when the resort opened in 1959. The property was an old dairy farm.

The resorts are about five minutes apart by road, but almost touch each other at the bottom of the slopes. You can see both sets of slopes from each resort, and eventually plans may call for tying them together with a lift, creating one mega resort in the UP. 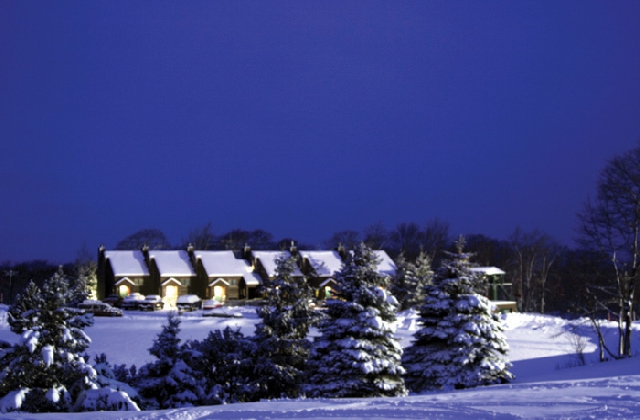