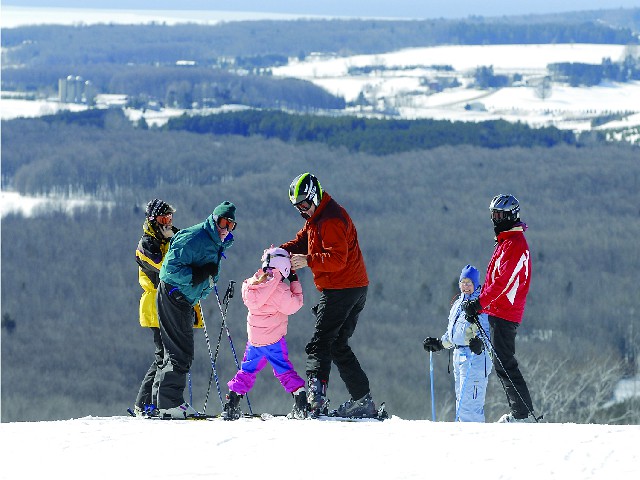 The three ski areas, located within minutes of each other, offer more than 175 trails and 30 lifts. It’s arguably one of the best collections of ski resorts around the Great Lakes. Boyne Mountain and Boyne Highlands are located about a half-hour apart and lift tickets are interchangeable. Nubs Nob is across the valley from the Highlands.

Nubs, early season through Dec. 12, is offering $40 lift tickets daily. Already known for their glade skiing, they are premiering a new Outback Jack Glade run this season. It’s located on Pintail Peak and ideally located to catch both natural and man-made snow. Its terrain park has been rated number one in the Midwest past years by both Outside and Transworld Snowboarding magazines.

Petoskey, often dubbed the “Nantucket of the Midwest,” is located on Lake Michigan’s Little Traverse Bay. A couple of Petoskey New England-style lookalikes, Stafford’s Perry Hotel and Stafford’s Bay View Inn, overlook the scenic  bay, offer old world charm and partner with the ski area for lodging. The Perry Hotel has rooms from $109 per night and the Bay View Inn from $99. Both are 15 minutes from Nubs.

Both Boyne Mountain and Boyne Highlands added the first phase of the new patented Boyne Low-E fan gun that increases efficiency and improves snow quality. It operates at marginal temperatures for snowmaking, which allows them to start early. The new guns will be rolled out on Hemlock on the Mountain and Challenger on the Highlands. They also added new beginner and intermediate features Funland Terrain Park and improved snowmaking in Lower McGully Terrain Park at the Highlands and extending hours on the popular Ramshead chairlift at the Mountain. 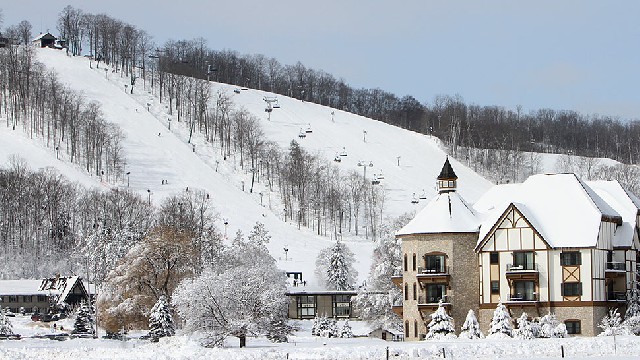