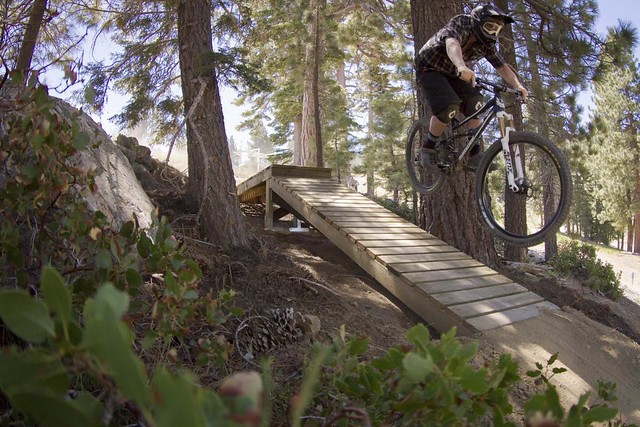 The first evidence of what Mammoth Mountain, the new ownership, wants to do for its resorts at Southern California’s Big Bear Lake will be an upgrade of the mountain biking trails at Snow Summit, including a top-to-bottom beginner trail.

The existing Snow Summit Bike Park is expected to open in early May, and mountain managers are hopeful that the new Going Green Trail will be ready for riding by mid-summer. They must get go-aheads from the U.S. Forest Service before cutting the 2.4-mile trail that winds, serpentine-like, down the drainage on the east edge of the mountain.

Earlier this year, Big Bear Mountain Resort and Snow Summit were bought by the owners of Mammoth Mountain and June Mountain, who said the purchase was in part for expanding summer business.

The bike park at Snow Summit will get a boost toward its buildout with the new trail, touted as the longest beginner mountain bike trail with lift access in the area. The bike park already has several intermediate and expert sections.

Gregory has said that more biking and hiking trails, and a zipline will be among the initial upgrades for warm-weather times. As for winter, the CEO said he’d like to cut trails to link the two resorts, which are only a couple of miles apart as the crow files. But much is still in planning.

“We don’t currently have any details for the upcoming winter season changes/upgrades at Bear and Summit,” Mammoth’s Lauren Burke told SnoCountry.com. “We should have more information on future plans as we get closer to the 2016-17 season.”

No details have been released for 130 acres of parking lots and the Big Bear golf course at the base of the resorts. Traffic and parking are issues in the cramped mountain setting, so Mammoth officials likely will take a look easing congestion. 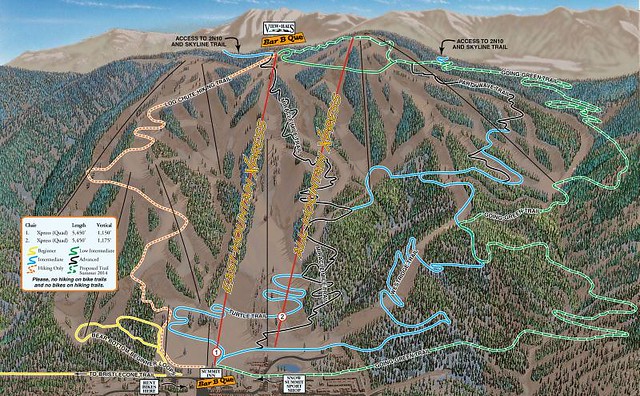