Make Up For Lost Time With Midnight Mountain Magic At Wachusett Jan. 30 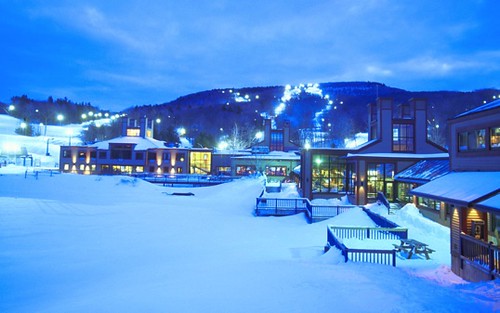 Massachusetts’ Wachusett Mountain is making up for lost time with an opportunity to ski, ride and tube late into the night at Midnight Mountain Magic, Saturday, Jan. 30. They’ll be staying open late so you can enjoy the mountain just a little bit longer after what Mother Nature dealt earlier in the season.

“We’re hoping to gain back a little time we might have lost earlier in the season,” Wachusett’s Tom Meyers told SnoCountry.com. “We want families to come up and enjoy the event. It’s one of those bucket list things to be able to say you skied until midnight.”

Special to this event is an additional two hours to ski until midnight and snow tubing runs from 6–10 p.m. Snow tubing is $10 person.

Warm up in between runs at the outdoor fire pit located on the snow near Ski Watch. Grab a stick and enjoy some yummy s'mores. Supplies will be available for purchase.

If s’mores aren’t quite enough to fill you up after working up an appetite with those two extra hours of skiing, the cafeteria will be open until midnight, featuring tasty selections for a late (or early) breakfast.

There will be live music in the Coppertop Lounge, featuring a family-friendly show of modern country rock by Maximum Recoil. Outdoors, a DJ will be playing tunes while you relax in the base area or wait to head up on the lift.

Bronze season pass holders can ride the lifts until midnight for no additional charge. Tickets starting at 4 p.m. are $63, starting at 7 p.m. are $60, and a 10 p.m. to midnight ticket is $20. If you decide bedtime must come earlier than expected, you can turn in your lift ticket by 10 p.m. for a $10 COW Card refund that can be used around the resort.

Photos: Top -- Cross skiing until midnight off your bucket list at Wachusett’s Midnight Mountain Magic. (Wachusett); Below -- Enjoy the beauty of skiing under the stars on 18 trails lit for night skiing at Wachusett. (Wachusett) 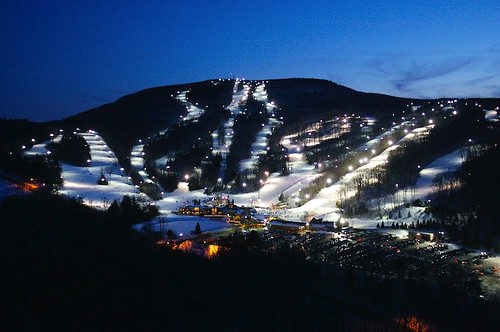