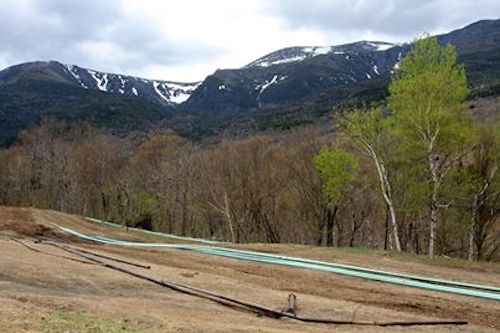 The project, which includes adding nine miles of new snowmaking pipe, 150 new high output/high efficiency guns, is expected to be completed prior to the 2014-15 season and will cost $2 million.

Wildcat officials say they have been working with the industry’s leading snowmaking equipment manufacturers in what is believed to be “one of the largest scale demonstration projects every conducted at any mountain in the east.

“Today’s snowmaking technology is so impressive, we estimate Wildcat will burn roughly 40,000 less gallons of diesel fuel annually as a result of the upgrade,” said Peak Resorts’ Northeast Project Manager Brendan Ryan. “All of the components of this project will ultimately lead to using less power and burning less fuel while producing more, high quality snow.”

Wildcat was the Granite State’s only ski area open the last week in April, which resort officials believe is a trend that will continue thanks to the snowmaking revitalization.