Loveland Turns One Lift Into Two To Improve Traffic Flow 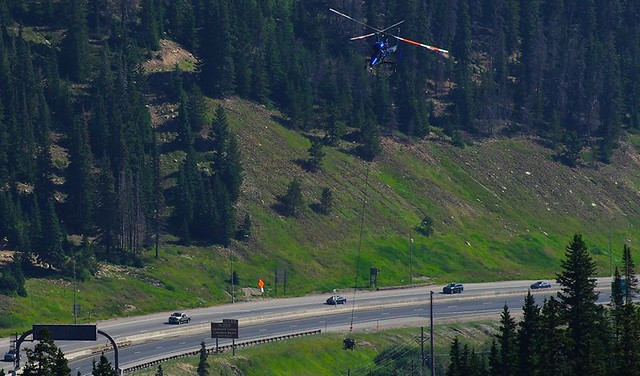 It’s not often that an American ski resort actually shortens a chairlift, but that’s exactly what’s been going on over the summer at Loveland Ski Area.

Crews are hustling to get the venerable Lift 2 and new Ptarmigan Lift up and running by opening day – often as early as mid-October for one of Colorado’s highest-elevation ski and snowboard mountains.

The truncated Lift 2 will continue to provide access to the upper-mountain lifts in Loveland Basin area on the west side of the Continental Divide resort – including the new Ptarmigan fixed-grip triple chair.

“We've shortened (Lift 2) this season because we're putting in a new lift to the upper part of the mountain. We call it the ‘Ptarmigan lift,’” Rob Goodell, Director of Business Operations for Loveland Ski Area, said. “We think it'll change how the people ski the main part of the mountain, move things around a little bit and shorten their rides to the top and get them to the terrain quicker that they really like to ski and snowboard.”

Built in 1985, Lift 2 has served as the main access out of the base area to the bowls and glades in Loveland Bowl. Often, lift lines build up in the morning as skiers and riders try to get to the upper mountain reaches.

Lift 2 has been a long, 6,000-foot ride, taking about 12 minutes and requiring skiers and snowboarders to either unload midway -- and mixing with mid-station loaders -- or riding all the way to the 12,000-foot summit at Ptarmigan Roost.

“These points caused some confusion with our guests,” Loveland’s John Sellers told SnoCountry.com. “Sometimes guests would unload at the reload point. Some guests were uneasy about loading a lift with other passengers already seated on it or uneasy about letting additional riders load with them at the reload point.  The midway reload station could also get a little backed up if all the chairs were full. “Separating Lift 2 into two separate lifts will provide all skiers and riders with more efficient access to the mountain,” Sellers said.

Photo: Construction proceeds on relocating part of one new lift and adding another at Loveland (Loveland/Facebook)