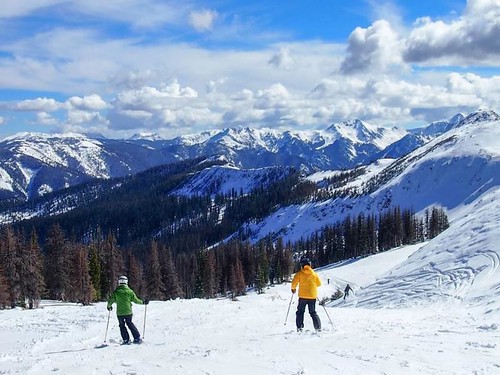 Approval of a land swap with the U.S. Forest Service has given the developer of a 325-acre resort village near Wolf Creek Ski Area reason to believe his long-fought project might finally get built.

More review hurdles await developer B.J. “Red” McCombs, and officials at the southern Colorado mountain who have opposed the development say skiers and snowboarder won’t notice any changes for quite some time.

Village of Wolf Creek’s Clint Jones told SnoCountry.com there are more hurdles to clear and construction likely won’t get going until some time near 2018.

“While we’re happy with this latest news, we still have to get approval of our plan from Mineral County, put in infrastructure, water and treatment plants and an access road,” Jones said. “Plus, market conditions have changed so we will start looking at what people might want a couple of years down the road."

Wolf Creek opened for the season in mid-November, with a healthy base of machine-made and natural snow. This season is the resort’s 75th anniversary, and the highlight is the new Elma Lift, which runs from the base of the Alberta Lift to the front side of the mountain. The new triple chair – part of a multi-year development plan – eliminates a long traverse from Alberta to the base area.

The Forest Service review, which took four years to complete, trades about 176 acres of wetlands on private land off the Continental Divide for more than 200 acres of public lands below the ski mountain off Wolf Creek Pass – essentially giving McCombs access to his proposed development site to the south.

A number of environmental groups have opposed the project from its inception in 1986, and they will have 75 days to file their comments on the decision.

"This decision paves the way for the construction of a city on Wolf Creek Pass," Matt Sandler, attorney at Rocky Mountain Wild, told SnoCountry.com. "We believe this approval violates numerous standards, laws, and past assurances.  RMW will file an objection and continue to challenge this abuse of discretion."

Photo: Wolf Creek is closer than ever before to get a long sought after village (Wolf Creek)

Tweet
Tags:
Colorado Wolf Creek
It's A Turkey Treat Across North America With Near...
Utah's Deer Valley Wins 'Best In U.S.' From World ...