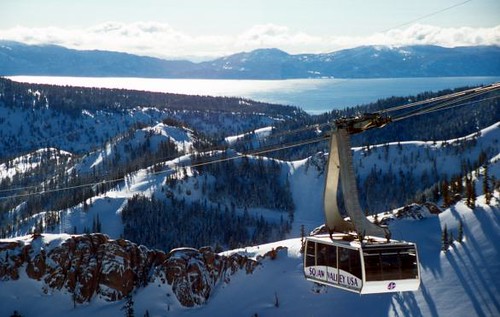 Snowflakes have yet to fall in the Sierra, but sparks are flying over a move to incorporate Olympic Valley so residents have a bigger say in a full-scale renovation of the base area at Squaw Valley.Pro-incorporation residents have gathered sufficient signatures to put the issue to a vote.

They contend that incorporation into a municipality would shift the control of development from Placer County to a more-local entity.

The Placer County Local Agency Formation Commission must complete analyses of both environmental and fiscal impacts of the development plans from Squaw Valley owner KSL Capital Partners before any decision can be made.

Questions abound in the controversy:

·Would the new town have sufficient tax revenues? ·Will Squaw Valley resort be included within the new town?

·Does Olympic Valley have enough water?

·Will the new Squaw Valley development drastically alter the character of the former Olympic village?

·Should some 600 permanent resident decide the fate of a resort with thousands of part-time and timeshare occupants?

In an interview with the Sierra Sun newspaper, Squaw CEO Andy Wirth outlined his opposition to the proposal: “I am and would be extremely concerned as to the financial viability and solvency of the new entity and operating a business in such an unnecessarily, fiscally volatile city. In speaking to my friends in Mammoth Lakes, which a few years ago filed for Chapter 9 bankruptcy, every indication was that it was a challenge to the citizenry, the community and the ski business. The IOV (Incorporate Olympic Valley) assertion that they have the financial aspect of this endeavor covered is just simply untrue.”

Wirth has already said the Squaw Valley resort does not want to be part of the new town, a statement that drew ire from incorporation leader Fred Ilfeld.

“Mr. Wirth contends that the new town as proposed is not fiscally viable. Yet his proposed solution is to remove the community’s largest source of revenue.”

Locals already squelched a much larger development proposal earlier this year. The latest plan, released in January, calls for an overhaul of retail outlets, and about 1,500 new beds in some 750 lodging units. The initial work on the project would include ski in/ski out lodging, fractional cabins on the west side of the base area, and the Mountain Adventure Camp – a 90,000-square-foot recreation center that sits partially on the previous center’s footprint.

The project is located on 22 parcels owned by KSL Capital Partners, which bought the resort in 2010 from closely held interests that stretch back to the 1949 opening of the mountain. Most of the building dates to around 1960, when Squaw hosted the Winter Olympics.What’s next? The fiscal analysis is due out this fall but it may take until next spring before a complete environment impact review has been completed.