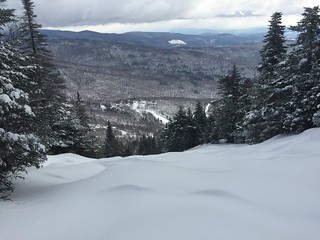 Unseasonably cool temperatures and more precipitation in the Northeast will keep the ski and snowboard season open at least through the weekend.

Wildcat, Mad River Glen and Sugarloaf were among the resorts to stay open through Easter weekend, bolstered by both a record winter snowfall and persistent spring storms. Jay Peak got four inches this week, and the dozen or so northern New England resorts that are still turning the lifts can expect a bit more.

“Precipitation is likely again around Thursday with snow possible again in the north,” reports Bryan Clark on OpenSnow.com. “Then for the Friday/Saturday time-frame we are looking at even more precip, although this particular storm is looking rather warm at this point in time.”

Same for the West, where double digit snowfall arrived in the Tahoe region – Kirkwood and Mammoth got nearly two feet – while the late-season mountains in Colorado and Utah continue to get enough to tout for another week.

Colorado's Purgatory Resort in Durango is extending its ski season to Apr. 11-12, giving skiers and snowboarders one last weekend to pay homage to the original Legends Lift, and celebrate the new high-speed quad that will be installed for the resort's Golden Anniversary season next winter. Lift tickets will be free for Purgatory’s final closing day.

Sipapu Ski and Summer Resort in Northern New Mexico will end winter operations Sunday, April 12, and the lifts will run at no charge Saturday and Sunday to celebrate the resort's strongest winter ever.

“April continues much more busy (occasional to frequent snow) with more storms across the western US than we saw in March,” reports Chris Manley on Snowforecast.com. “For Utah, Colorado and northern New Mexico, we expect a chance for snow this Sunday into Monday (April 12-13) as low pressure moves in out of the northwest US.”

Forecasters generally agree that more snow in the West will arrive around April 15 – just in time to drown your tax-paying sorrows in some final freshies of the year.

In the Northwest, this weekend may be the last chance to get some turns in for the year. A foot or more is predicted for the few mountains still open, such as Mt. Bachelor and Mt. Hood Meadows.

Many resorts across the country closed last weekend (April 4-5) but will reopen on the post-Easter weekend to finish of the season with a final springtime bacchanal. 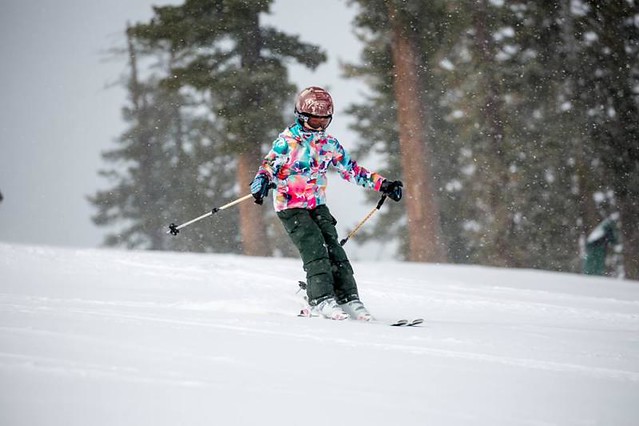