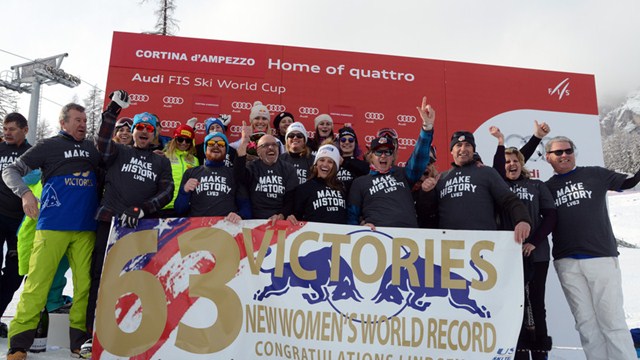 Austria's Anna Fenninger finished second, 0.85 seconds off the pace and Liechtenstein's Tina Weirather was third, 0.92 back.

Vonn's last super-G victory dates back to December 2012, when she won in St. Moritz. Since her comeback this past December, after two serious knee injuries, the 30-year-old has won four out of the eight races she entered. Her family and boyfriend couldn't afford to miss that historical moment and were all in the finish area to celebrate.

“I'm so happy to finish the weekend with number 63,” said Vonn. “My family and Tiger is here. It's a really special day.” 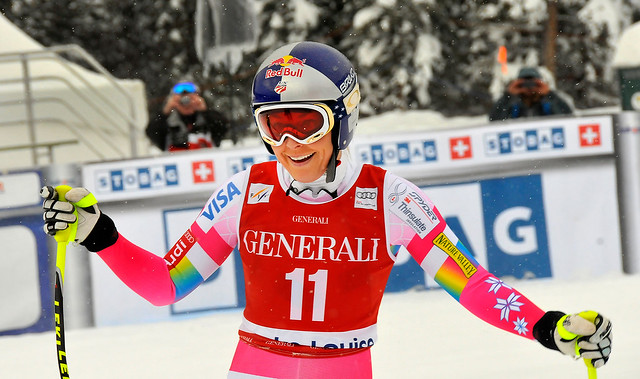 “I tried my best and I was definitely pushing the limits the whole way down,” she said. “Sometimes I was a little bit out of control, but I maintained the speed, especially in the bottom part of the course.”

“I just feel lighter now that the record is broken. I have a lot less pressure on me. I can just ski my best," Vonn concluded.

Olympic super-G champion Fenninger landed her fifth podium of the season, including the win in the giant slalom at Sölden to start the campaign.

The ladies' World Cup Tour will now shift to St. Moritz (SUI) for another week of speed races with two training sessions prior to a downhill race and a super-G.