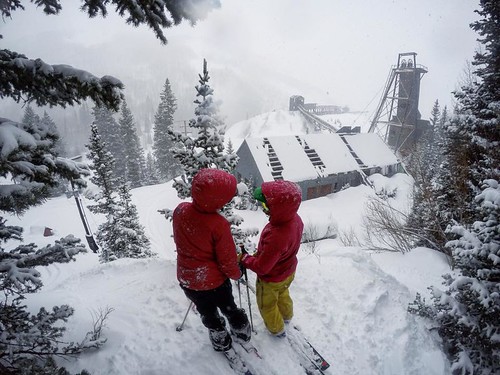 Anyone who has skied or snowboarded on the slopes above Park City has likely run across remnants of the city’s silver mining history in the form of dilapidated mills, head frames, trams and ore bins.

Now, through a community effort in the Utah resort city, people who glide down the city side of Park City Mountain will soon get a chance to examine this legacy a bit closer.

"Park City Mountain is probably the only resort in the country that was actually started by a mining company," the resort's Planning Director Bruce Erickson said.

A group called Friends of Ski Mountain Mining History is raising money that will pay for stabilizing and preserve some of the structures that served more than 30 mines in the heyday of the Park City silver boom that began in the 1870s.

Vail Resorts, owner of Park City Mountain, has kicked in $50,000 to jump-start the first project at the California-Comstock Mine this summer that will focus on a list of prominent mining sites around the mountain.

Part of the plan is to set up private tours for skiers and snowboarders who, for $500-1,000, join the Miner’s Club.

Some of the properties that are slated to get initial attention – and might be recognizable to Park City regulars -- will be:

California-Comstock Mill. Located on the west side near the head of Thaynes Canyon, the mill processed some 150 tons of ore a day during the good times.

Thaynes Mine Hoist House. Built to accommodate ore brought up from the deep Spiro Tunnel (an original ski lift access), it is tucked into a narrow gully on the west side of Thaynes Canyon.

King Con Mine Counterweight. Visible when riding up the Crescent chair, the counterweight anchored ore-hauling tram from mine on Claimjumper ski run to the a mill in Bonanza Park.

Jupiter Mine Ore Bin. What remains served three tunnels in the side of Jupiter Bowl, gathering valuable ore to be loaded into horse-drawn wagons for a wild ride down to town.