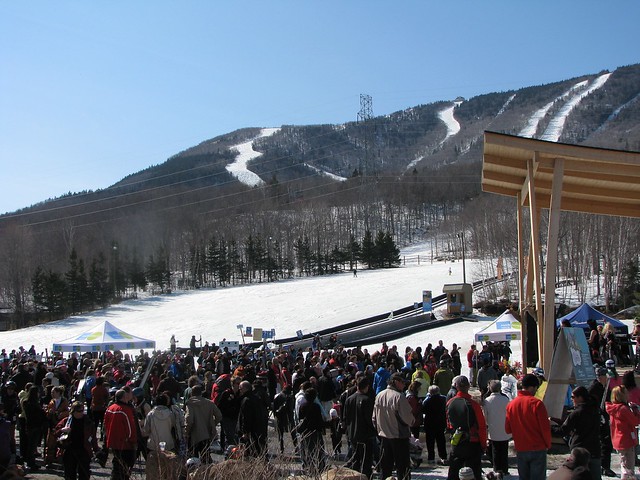 My Denver-based brother and I used to have a running bet In the 1980s on which area would be last to close – Colorado’s A-Basin or my neighbor Killington in Vermont.

For many years, Killington was able to boast the longest season in the country, hitting 246 days at its peak in 1983-84.

Now thanks to a host of factors, more areas lay claim to a long season, giving season pass holders more for their money and aficionados a chance at a sunny spring vacation that could easily include a late April Easter this year.

Thanks to late-season storms from Oregon to Maine, British Columbia to Quebec, many areas are staying open beyond planned closing dates. Even local day areas have stretched into April this year. Many others are going the long-season route and heading toward May or June.

Still the last resort to close in Colorado, Arapahoe Basin plans to operate daily until its target closing date of June 1.

British Columbia’s Blackcomb extended its closing to May 26 for a 180-day season while Mt. Bachelor, Ore., stretches to May 25.

In the East, Killington will operate “as long as possible,” a commitment that resumed last season with skiing to May 25 for the longest season in the region at 206 days. (A-Basin logged 232 days.)

“Commitment” is the key word here, with areas piling up abundant snow willing to operate as long as skiers and riders show up and the cooler weather holds.

Here are some “myths undone” that might cause those on the fence to experience the glories of spring snow and sun and make that commitment to ski more this year.

“The soft snow of spring is far from tough and heavy, particularly earlier in the day after it’s set up overnight with cooler temperatures. As the sun bakes throughout the day, the snow just gets softer and more forgiving and there’s always a Long Trail Ale break to be had if those legs get tired!” Ski Vermont’s Parker Riehle told SnoCountry.com.

Myth: Not many areas are open. 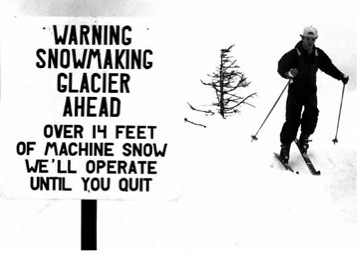 A few Vermont areas typically close by the end of March but four extended into April and twelve are closing by April 13 while five are slated to go later. The late closers include: Smugglers’ Notch and Stowe, April 20; Sugarbush, May 4; Jay Peak, May 11; and Killington as long as they can.

Colorado sees Snowmass, Beaver Creek, Keystone, and Vail closing April 20 and Loveland shooting for May 5, while Arapahoe Basin plans to close June 1 but could go to weekends after. Copper Mt. extended its closing of April 20 to reopen the weekend of April 25-27; Aspen Mt. (Ajax) will similarly operate weekends (after April 20) through May 4, and Winter Park extended daily ops through April 27.

Ski Maine’s Greg Sweetser says late closings of Sunday River (April 21), Saddleback (April 20), and Sugarloaf (into May) are due to big base depths, exposures that preserve the snow, and high elevations that are not only cold but also keep getting snow.

Myth: Not much terrain is open.

Plenty of terrain stays open at resorts like Mt. Bachelor, Ore. where approximately 95 percent of its 3,683 acres are scheduled to be open from April 21 to May 11 and 60 percent open thereafter to May 25.

Mammoth Mt., Calif., reports there were 158 trails (27 lifts) with base depths of 45 inches at 9,000 feet and 75 inches at 10,000 feet April 8. Mammoth traditionally has “about six chairs open on the weekdays and eight or more on the weekends after April 20,” and posts “a November to May” operating season that stretched to July 4 in 2010-11 and June 2 last year, reports Lauren Burke, noting an average of over 200 days a year.

Myth: The lodge owners have gone on vacation.

Not true. Spring is a great time to nail a great deal on lodgings like these choices offered by the Bethel Inn near Sunday River in Maine.

Or make a last-minute reservation for a ski-and-stay package at Whistler Blackcomb or at just about any place.

Myth:  Nothing is happening.

Most areas offer a variety of spring events, from pond skims to deck parties to music festivals to say nothing of deals on demo equipment and clothing.

Sugarloaf’s Reggae Fest is so popular it expanded to a four-day event April 10–13 that attracts 8,000 skiers and snowboarders. Bachelor offers an event every weekend right through their Finale Weekend on May 24-25, 2014, with live music, an on-snow beer festival, and the North American Pond Skimming Championships.

Myth: There’s no snow in April so areas close.

April is actually the second snowiest month in Colorado (after March) and Loveland’s recent 17 inches put it over the 400-inch mark.

Ski Utah reports “some of the deepest snow bases in the country” at 95 to 130 inches. Maine’s Saddleback and Sugarloaf got several inches of snow April 5.

“I’ve enjoyed epic powder days in May,” Colorado Ski County’s Byrne said, explaining that the nights stay cold at high altitude elevations like Loveland and A-Basin on the Continental Divide in Colorado.

A-Basin’s Leigh Hierholzer attributes the ski area’s average of a 233-day season since 2003 to snowmaking for mid-October start; high elevation; March and April snowfalls (total of 12 inches April 6 and 8); proximity to Front Range skiers; and being the only area open in May. Those factors cause business levels that make it possible to remain open.

Ski and snowboard camps are offered on the Palmer Glacier at Mount Hood for ages nine and up of intermediate and better abilities. But that doesn’t mean recreational skiers don’t enjoy long seasons. In fact, some have become legends for doing just that.

Fact: You’ll find some of the best skiing of the year in spring.

Without lift lines, crowds, and layers, mountains take on a lighter feeling while the warmer sun and zany festivities mean more fun. Spring brings goggle tans, cheaper tickets and lodgings along with the sunshine, bikini babes, and bare-chested dudes.

You just have to show up to enjoy it!