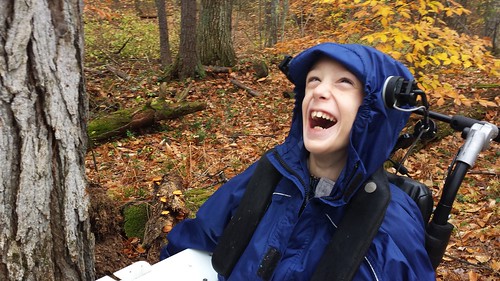 Kevin was born with Cerebral Palsy, a neurological disorder caused by a non-progressive brain injury or malformation that occurs while the child's brain is under development. Cerebral palsy primarily affects body movement and muscle coordination.

Kevin desperately needs a wheelchair accessible van so he can get to his many appointments and take part in the activities he loves, such as skiing at King Pine with Granite State Adaptive, alongside his mother, Amy Dall, and sister Carly. Kevin's father, Gary Dall, recently passed away after a long battle with cancer.

Kevin is 100 percent dependent on people and technology. “He’s never moved through space on his own. Never crawled, never walked, and so the ability to move through space on skis is amazing. Skiing has become his favorite thing in the world. It’s pure fun and he can’t get enough of it. His team of skiers help him go really fast and he loves that,” Kevin’s mother Amy told SnoCountry.com.

But skiing’s benefits to Kevin don’t end at just fun. Amy explained there has always been a connection between ski season and Kevin’s development. She told us the movement of skiing helps his language and understanding develop. “He brightens up every ski season.”

Volunteers from Granite State Adaptive work with Kevin to get him out on the snow. They provide individuals who have disabilities the opportunity to develop independence, confidence, life skills and fitness through participation in sports, therapy, training and recreation programs.

Amy currently transports Kevin in a van that sorely needs replacing, and a new wheelchair van can cost  $60,000. “It broke down last winter and we had to go eight weeks without it,” Amy told us.

Since the creation of Cynthia's Challenge in 2014, over $69,000 has been raised through the efforts of the 24 hour event. The event was created in an effort to ease financial burdens associated with specialty medical needs. 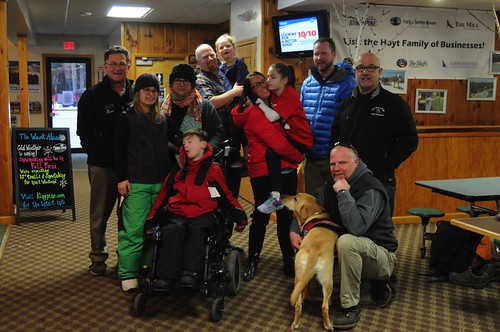