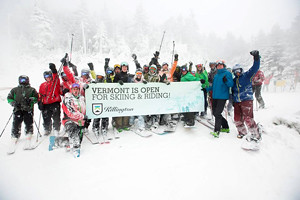 Killington, Vermont, Sunday River, Maine and Mont Saint-Sauveur, Quebec, took advantage of unseasonably cold weather in the Northeast that brought snow squalls across the region and a window of snowmaking temperatures to jump start the 15-16 ski and ride season.

Killington opened to passholders Sunday, Oct. 18 and for all to enjoy early season runs Monday. The K-1 Gondola is taking eager skiers and riders to Killington Peak, where a short walk will bring them to the North Ridge area for runs on two groomed trails and six features in the Reason Terrain Park.

Killington plans to stay open for skiing and riding as long as conditions allow.

After firing up 150 snowguns this weekend, Sunday River Resort in Maine opened Monday with access to its signature T2 trail on Locke Mountain. This is the third earliest the ski resort has been able to open its trails for skiing and snowboarding in its 56-year history.

With temperatures hovering in the 20s over the weekend, Sunday River’s snowmaking team was able to make snow at lower elevations and on trails that were not slated to open Monday so as to leave a base for future snowmaking operations.

Approximately 750 guests visited the resort, which was offering top-to-bottom skiing via Lower Sunday Punch by the end of the day.

Sunday River now goes to weekend-only operations, weather permitting, until mid-November when it commences weekday operations. The earliest Sunday River has ever opened was in 1996 Oct. 3. Second earliest opening was Oct. 14, 2009. Monday's opening comes in third.

Enjoy the photos of the opening days of the 2015-16 ski and ride season! 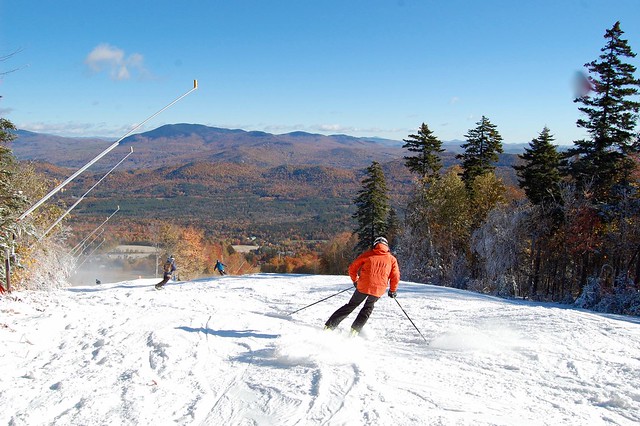 Super-soft bumps made for a wonderful opening day at Sunday River, the resort’s third-earliest opening ever. (Martha Wilson) 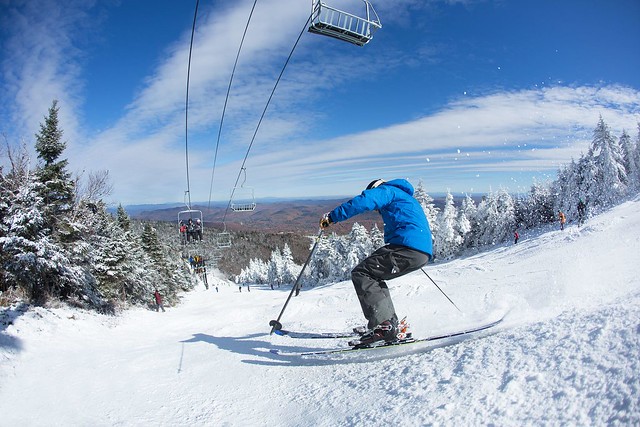 Killington took advantage of snowmaking temperatures for the first resort opening in the country. (Killington/Facebook) 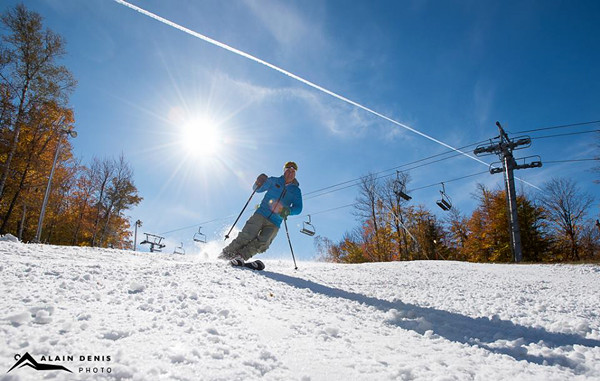 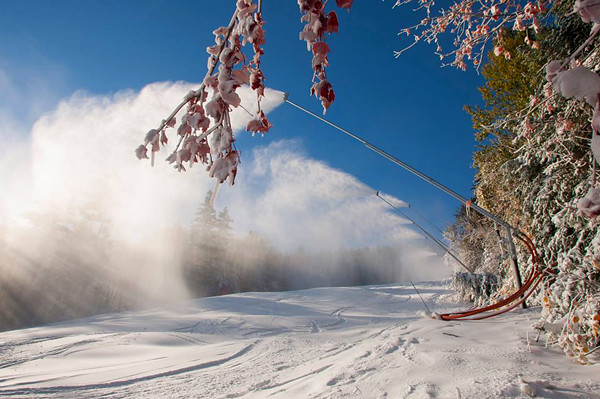 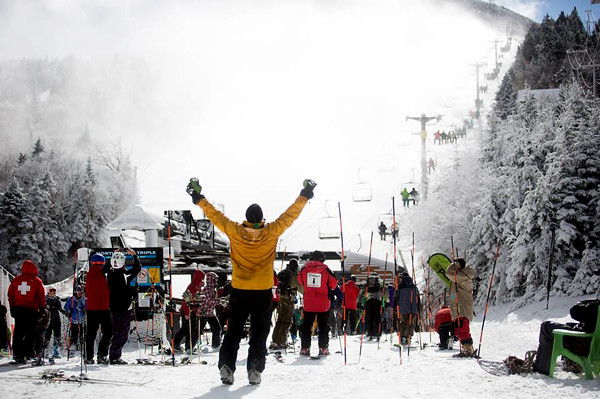 Skiers and Snowboarders rejoice the kick off the of new season at Killington. (Killington Photo/Facebook) 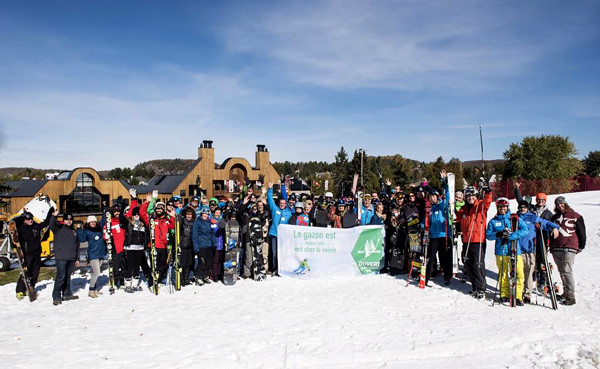 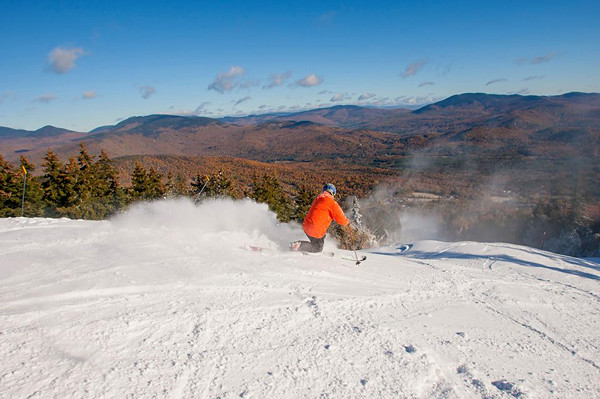 Perfect day to "free the heel" and the mind at Sunday River. (Sunday River Photo/Facebook) 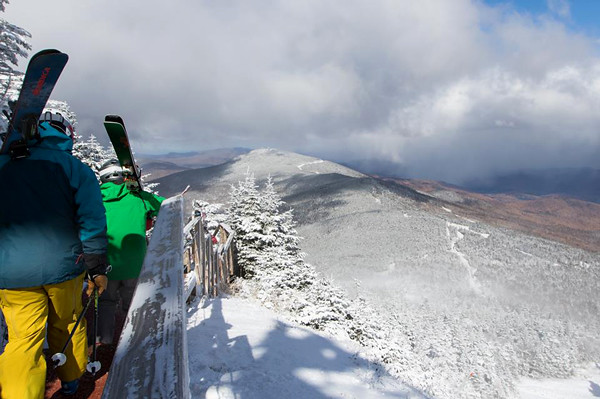 Skiers and snowboarders take the Peak Walkway from the summit of Killington Peak to fresh turns in the Northridge area. (Killington Photo/Facebook)