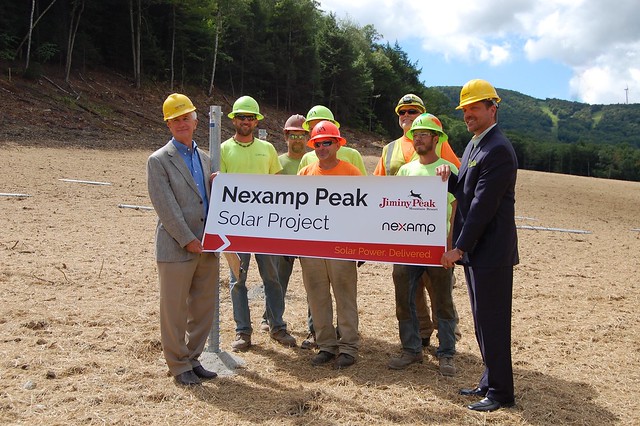 Jiminy Peak Mountain Resort has partnered with solar energy developer Nexamp in constructing a 2.3 megawatt community solar facility located on 12 acres of the resort’s property. Once completed, the Jiminy Peak project will represent the largest community solar project of its kind in the Northeast.

The project, which is expected to come online this fall, significantly expands Jiminy Peak’s renewable energy program. By adding the new solar power facility to Jiminy Peak's existing 1.5 megawatt wind turbine and 75 kWh cogeneration unit, the resort estimates it will be able to offset 90 percent of its total energy needs from local renewable resources, making Jiminy Peak Mountain Resort one of the greenest resorts of its kind in the nation.

“It’s been three years of hard work to get this land ready. The utility interconnection was particularly challenging since we had to coordinate with two utilities, but the benefit to the community and to Jiminy Peak’s renewable energy efforts will mean almost all of our power needs come from local renewable sources,” Tyler Fairbank, CEO of Jiminy Peak Resort told SnoCountry.com.

Fairbank added that the project has a two-part benefit, not only saving money but also conserving energy for the future of skiing. “You can’t be in the ski business without being an environmental steward,” Fairbank told us.

About 50 percent of the solar-generated power will by used by Jiminy Peak. “The other 50 percent goes to individuals and small business owners who can enjoy economical, clean energy from the project,” Nexamp Chief Development Officer Don Walters told us. Nearby energy users can directly benefit from the project through Nexamp’s Solarize My Bill community solar program. Participants will receive 15 percent savings on their electricity generated by the project with no cost to enroll.

In neighboring New York, state-operated Whiteface, Gore and Belleayre have entered into a long-term agreement, which over the next 25 years expects to save the three resorts an estimated $14 million dollars by utilizing more than 10 megawatts of solar energy. At Whiteface alone solar energy could cover up to 40 percent of snowmaking each year or supply all of the power for the base lodge and lifts each ski season. 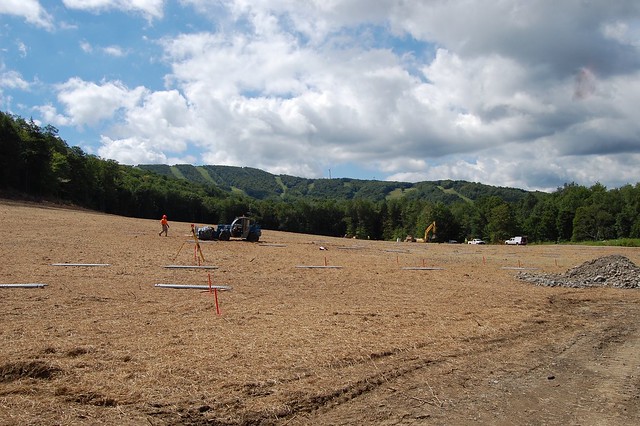