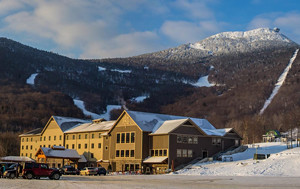 The federal court has appointed a receiver, lawyer Michael Goldberg of Miami, to oversee Jay Peak and Q Burke Resorts and the EB-5 projects at issue while the litigation is pending. “Mr. Goldberg’s team has been on the ground in the Northeast Kingdom taking control of these projects,” Gov. Shumlin said in a press conference Thursday.

Shumlin said he has "been in communication with the receiver, and that his intention as much as possible is to maintain normal operations of the affected businesses and keep Vermonters working there, and he does not expect significant job losses and a result of (Thursday’s) actions.”

“The SEC matter will in no way affect skiing and riding operations at Jay Peak and we are looking forward to a very busy summer with over 60 weddings, concerts in the amphitheater, and dozens of golf groups on the books. Leisure Hotels and Resorts, the independent management team that will be working with our team on daily operations, has spent the last two days meeting the Jay squad and has assured us that resort operations will run normally throughout the SEC proceedings,” Jay Peak’s JJ Toland told SnoCountry.com. in addition, longtime Jay Peak Chief Marketing Officer Steve Wright was appointed as the new General Manager at Jay Peak Resort.

In a Facebook post, Jay Peak wrote, “As you may have heard, we here at Jay Peak will be working with Leisure Hotels and Resorts (LHR) to continue managing Jay Peak same as it ever was. Current ownership is working with state and federal officials surrounding their ongoing investigation relative to the EB5 Foreign Investment Program. That process is distinct and not connected to the day to day operations of the mountain, indoor waterpark, golf course, lodging or any of our amenities that continue to be available on a daily basis here. Our longtime CMO Steve Wright has recently been named General Manager and he, along with LHR will be responsible for the day to day operations of the resort.

“We are anticipating our busiest summer on record with music, conferences, almost 70 weddings and a host of other business segments and we look forward to keeping on. It is an awkward time for us on the ground as well and we appreciate you giving us some room to figure all of this out. We will absolutely keep you in the loop as this takes more shape and appreciate your support as we move toward a much more sustainable future.”

The State of Vermont and the SEC allege that Ariel Quiros of Miami, William (Bill) Stenger of Newport, Vt., and their companies made false statements and omitted key information while raising more than $350 million from investors to construct ski resort facilities and a biomedical research facility in Vermont. Investors were told they were investing in one of several projects connected to Jay Peak Inc., a ski resort operated by Quiros and Stenger, and their money would only be used to finance that specific project. Instead, in Ponzi-like fashion, money from investors in later projects was misappropriated to fund deficits in earlier projects. More than $200 million was allegedly used for other-than-stated purposes, including $50 million spent on Quiros’s personal expenses and in other ways never disclosed to investors.

Photo: The Stateside Hotel is one of eight projects listed in the lawsuit against Jay Peak. (Jay Peak)