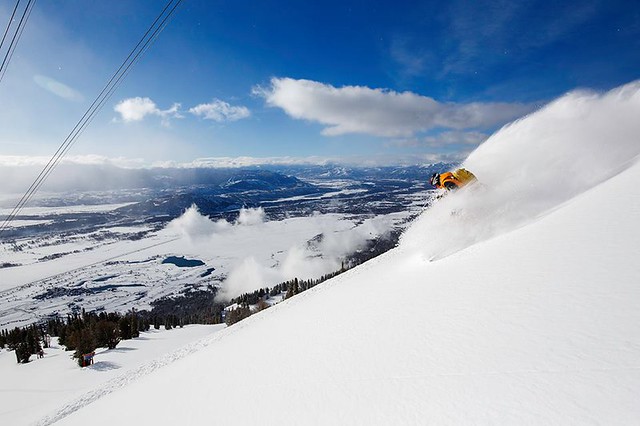 It’s been 50 years since the first chairlift began spinning at Jackson Hole Resort to bring skiers up Après Vous Mountain. A year later, in 1966, Jackson Hole’s aerial tramway began a climb some 4,000 vertical feet in its first accent to the summit of Rendezvous Mountain.

Opening day for this season is set for Thanksgiving Day (Nov. 26). A one-day pass costs $6 Nov. 27 (Black Friday) – the same it did on the inaugural opening day in 1965. Specials and events will be sprinkled throughout the winter to commemorate five decades in the ski and snowboard business.

One highlight will come Dec. 19 when the new Teton Lift begins operations. The high-speed quad will rise 1,650 vertical feet from Burton Stash terrain park to the ridge.

It will serve 200 acres off the ridge above Après Vous summit – primarily around Kemmerer and Wide Open runs. Previously, 100 acres of this area that between Moran Face and the Crags was accessible only by hiking.

The lift also will make it easier to get to out-of-bounds Granite Canyon on the backside – a favorite powder stash among locals for years that is not controlled by Jackson Hole ski patrollers.

In addition to the new lift, Jackson Hole will open a new lunch and dinner restaurant, called Piste Mountain Bistro, in the lower level of the lodge at the top of Rendezvous Mountain. The resort also will put forth more anniversary specials as the season progresses, including:

· From Jan. 11 to Jan. 31, any season pass holder from anywhere in the world gets half off the daily rate. There’s no limit to number of day tickets with the discount; multi-day or online tickets do not apply.

· Throughout the season, a special anniversary 10-day ticket can be purchased online or through resort-approved tour operators for $799. 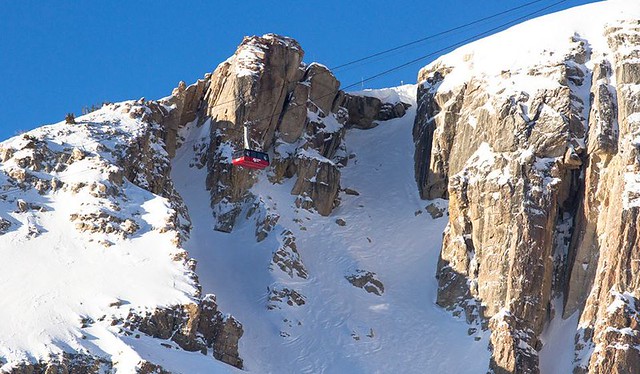