It's Not Over: Several Michigan Resorts To Stay Open Well Into April 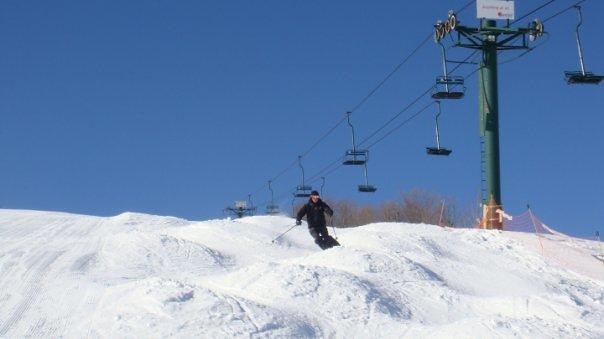 As the old saying goes, “It ain’t over until the large lady sings,” applies to the Michigan ski season. A handful of resorts, both peninsulas, plan on staying open through April 12 and some on weekends into May if the snow lasts.

Two resorts in Michigan’s northern Lower Peninsula, Nubs Nob and Boyne Mountain, plan on staying open daily through Sunday, April 12, and Boyne Mountain will remain open on weekends through the rest of the month as long as the snow lasts.

Nub’s late season discount period on lift tickets is underway, and for those coming from out of town, Spring Ski & Ride promotion is also going on. Lift tickets are included in the lodging rate when staying at one of the participating lodging properties in the Petoskey/Harbor Springs area. Rates start from $45.50 per person, per night.

Lift and lodging packages at Boyne Mountain, which also include a hot breakfast, start from $127 per person. They have a full slate of family events slated for Easter Weekend.

In the Wolverine State’s UP, Ski Brule plans to remain open daily through April 12 with a special $60 carload day on that day. Fill the car with as many as possible and split the $60 cost for a spring day on the slopes. A lift and lodging special that starts at $40 per person, per night, is available April 6-12. A three night minimum stay is required.

Mount Bohemia, also in the UP, plans on staying open daily through this weekend and weekends after that as long as the snow holds up. Currently about 90-percent of their terrain is still open, and they’ve remained open into May the last couple of years. Bohemia is currently running a lift and lodging special that starts from $75 per person, per day, based on quad occupancy in a cabin and six people in a yurt. It includes lodging, lift ticket, and meals.

Blackjack in the western UP, will remain open through this weekend and plans on reopening the following weekend. They currently have over 80-percent of their terrain open. Sister resort Indianhead, about five minutes away, is offering up to a 60-percent savings on lodging. They are closed for skiing for the season, but the lodging remains open and they do offer free shuttle service between the two resorts.

Photos: Top -- Blackjack still has 80 percent of its terrain open (Blackjack Resort); Mt. Bohemia will be open weekends as long as the snow holds (Jack Kubiak/Facebook) 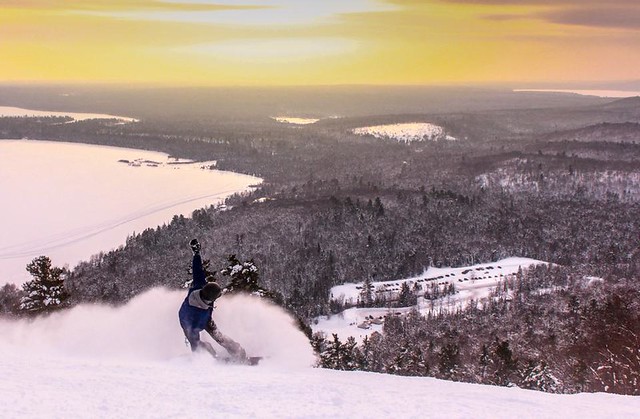