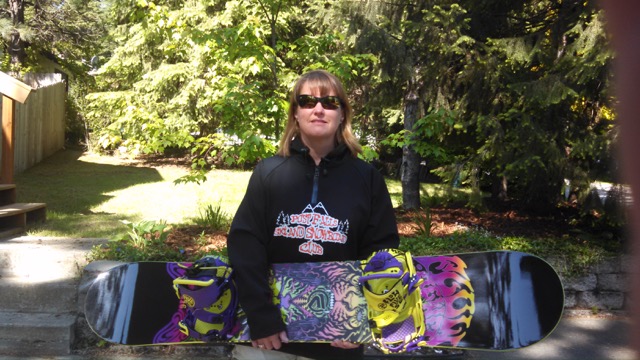 Cindy Rust, a science teacher at Post Falls High School in Post Falls, ID (and a snowboarder), has been named the 2015 Snow Sports Ambassador of the Year by the organizers of the Learn to Ski and Snowboard (Month)/Bring a Friend initiative. Rust was the first runner up to last year’s winner Scott Kolts of Dahlgren, IL.

Rust brought 27 students from the Post Falls Ski and Snowboard Club for beginner lessons either to Schweitzer Mountain in Idaho or Mt Spokane in Washington. Rust founded the club seven years ago with the help of the Colorado-based SOS Outreach, Mt Spokane and two other teachers. It has grown from 19 (primarily) high school students to 83.

Rust said she started the program to “provide an opportunity for low-income students, students without ski/snowboard parents, and anyone else who wants to learn”. 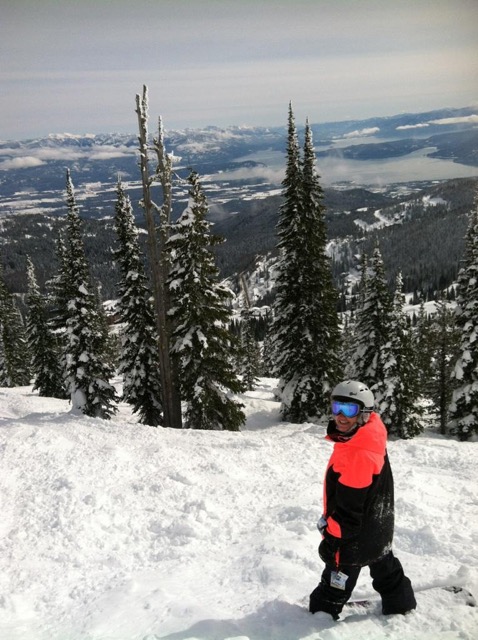 There are five ski areas within a two-hour drive of Post Falls. Schweitzer, Spokane and Lookout Pass have all supported the program with discounts and learning programs for her students, she said. The majority of lessons this year took place at Schweitzer. The resort requires lessons in order to take advantage of discounted rates.

In addition to introducing newcomers, Rust also made provisions for snowboarders to try skiing and vice versa. “I encourage everyone to set goals and try something new each season,” she said. Challenging ourselves to get out of our comfort zones makes us have to concentrate hard on something new and gives us a mental vacation from thinking about something else.”

Rust also is a proponent of the 4th, 5th and 6th grade “passport” programs that are available in several states. All are listed at learntoskiandsnowboard.org.

Rust’s uncle introduced her to skiing and his daughter (her cousin) get together every year to ski and ride. She is an example of “paying it forward.”

“I am a firm believer that the kids who go outside and are active, not only are healthier but also are the ones who advocate for the local environment, she said.”

As Ambassador of the Year, she won a season pass and gifts from The North Face, Seirus Innovation, Zeal Optics and a $250 gift voucher from skis.com and snowboards.com.