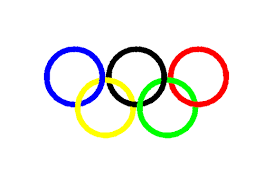 Just in case you’d penciled in a vacation to the 2022 Winter Olympics in the USA, grab the eraser. But, maybe 2026?

The United States Olympic Committee (USOC) board decided this week not to submit a bid for the U.S. to host the ’22 Games. Exploration committees had been formed to work on bid proposals in the Reno-Tahoe area, Calif; Denver, Colo; Bozeman, Mont.; Salt Lake City, Utah; and Anchorage, Alaska.

“Hosting the Olympic and Paralympic Games in the United States is of paramount importance to us. We want to submit a bid that is viable and that adds value to the worldwide Olympic Movement, said USOC CEO Scott Blackmun in a prepared statement.

“We believe a 2024 or 2026 bid will give us the best chance of achieving those ends, and therefore will not submit a bid to host the 2022 Olympic and Paralympic Winter Games,” he said.

The 2024 bid would be for a summer Olympics, while 2026 would be for the Winter Games. The last summer Games were held in Atlanta, Ga. In 1996, while Salt Lake City hosted the 2002 Winter Olympics.

The USOC board also voted to establish a working group charged with the task of exploring a potential U.S. bid to host either the 2024 or 2026 Olympics and Paralympic Games. That group will make its initial report to the full board at our December meeting.

Andy Worth, who heads a bid exploration group in the Reno-Tahoe area, released a statement saying his group “respects the USOC decision.” That group recently added a group of former locally based Winter Olympians, including Tamara McKinney and Jonny Mosely to its committee. Worth is president and CEO of Squaw Valley and Alpine Meadows resorts.

"We have always understood that our efforts were contingent upon the USOC's determination about whether or not to pursue a bid," Worth said. “While the USOC has chosen not to pursue the 2022 Winter Olympics, I believe, as does our board of directors, that we have laid the groundwork for a return of the Olympic flame to this region and to our very own Olympic Valley in the future."

The 2014 Winter Olympics will be held in Sochi, Russia, while the 2018 event will be staged in Pyeongchang, South Korea. Vail and Beaver Creek will host the World Alpine Skiing Championships for the third time in 2016.

What It Means: The reason given for not bidding for the 2022 Games was “too tight a timeline for the bid.” Still, the USOC is smarting from its international rebuff of its Chicago selection for the 2016 summer Games (finished third despite the recently elected Obama factor). Well, there’s always TV, right?