High and Dry: All Of SnoCountry Waiting For Late-Season Largesse 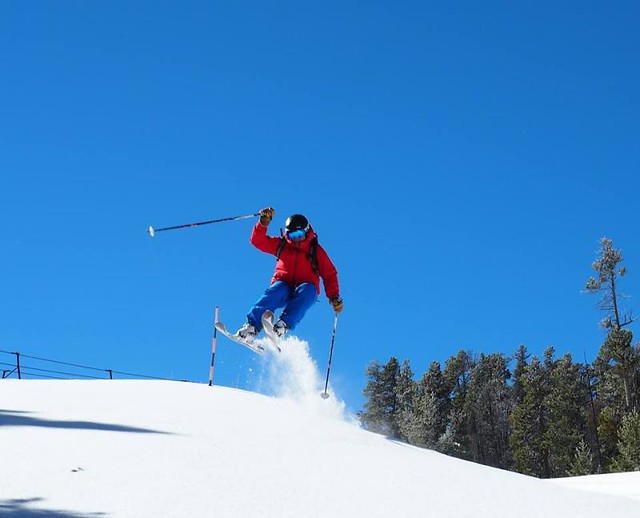 The old adage has held true this winter,: The more things change, the more they stay the same. So it is with the snow forecasts for this week across SnoCountry, as a persistent jet stream and high pressure ridge keeps any precipitation to the far north.

Believe it or not, significant snowfall is predicted in New England which, if you live there, you know that’s not breaking news this winter. Out West, Eldora Ski Resort and other Front Range mountains in Colorado should get a couple of inches on top of up to a foot that fell earlier this week. Same for Utah skiers and snowboarders, but hardly what they call a true powder day.

Otherwise, nothing is bearing down on any part of the U.S. right now: “Pacific storm energy increases in late March .. but the high pressure ridge is looking like it will not completely give way to a large-scale pattern change,” reports Snowforecast.com’s Chris Manley. “As upbeat as we try to be, for the most part, it seems like winter wants to be over.”

Staying upbeat has been tough for Pacific Northwest skiers and riders all winter. Above-average temperatures at above-normal elevations has dumped more rain than snow on the Cascades and northern Idaho. Many are giving up the ghost and shutting down for the season. Be sure to check our regularly updated condition reports here at SnoCountry.com.

Across the Midwest, OpenSnow’s Andrew Murray thinks the winter “seems to be waning,” save in the very northern margins of the Upper Peninsula and around the Great Lakes. The last snowfall at Boyne Mountain came in early March.

“That said, we saw over a foot in May across the Midwest last year, so I’m not counting it out entirely,” Murray said.

Photo: Colorado's Eldora and other Front Range resorts could add a few inches this week (Eldora/Facebook); There are still bluebird days at Michigan's Boyne Mt., as the season winds down (Boyne Mt./Facebook)