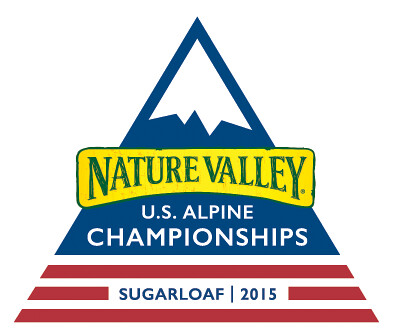 The big guns alpine ski racing are headed to Sugarloaf next week, and Easterners will be treated to a rare chance at seeing America’s top athletes on local snow as some of the biggest names in U.S. alpine racing set their sights on a national title at the Nature Valley U.S. Alpine Championships, March 25-29, 2015.

This year marks the fifth time that Sugarloaf has hosted the US Alpine Championships; the resort previously hosted the races in 1996, 1997, 2006, and 2008.

"New England skiers don't often have the opportunity to experience races of this caliber in-person," Sugarloaf General Manager John Diller said. "We're the lucky ones. Sugarloaf has a proud tradition of hosting some of the world's premier ski racing events, and we're honored to have the U.S. Alpine Championships return this spring."

The Narrow Gauge trail provides several opportunities for spectators to view the action throughout the Championships. The best place to catch the action and get up close and personal with the athletes is at the finish area of each day's races. The finish area provides ample space for spectators, and provides limited opportunities to interact with some of the athletes as they exit the finish corral. As always at these type of events, only a small portion of the terrain is reserved for the event, so there's plenty of recreational skiing and riding available.

Join the entire Sugarloaf community as they welcome the nation's best skiers to the mountain Thursday, March 26. The Opening Ceremonies will feature a parade of athletes, speeches by notable members of the Sugarloaf, Maine, and U.S. Ski Team communities, as well as a fireworks display from Atlas Fireworks.

Following the Opening Ceremonies, guests are invited to meet the athletes during a special autograph session located in the Base Lodge. You'll receive a free commemorative U.S. Alpine Championships poster that you can use to collect signatures from all of your favorite athletes.

Room at the Inn

There's still limited availability at Sugarloaf's mountainside condominiums, where every property is located right on the resort and is within walking distance of the slopes.

Photo: See Lindsey Vonn, the most decorated female ski racer in history, take to the slopes of Sugarloaf next week. (Sugarloaf) 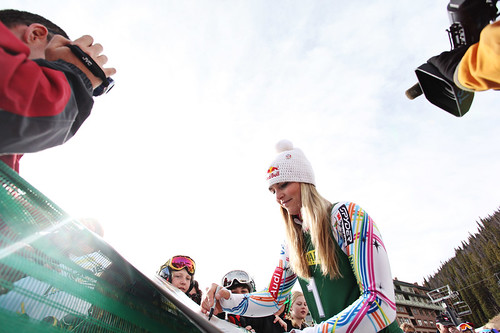