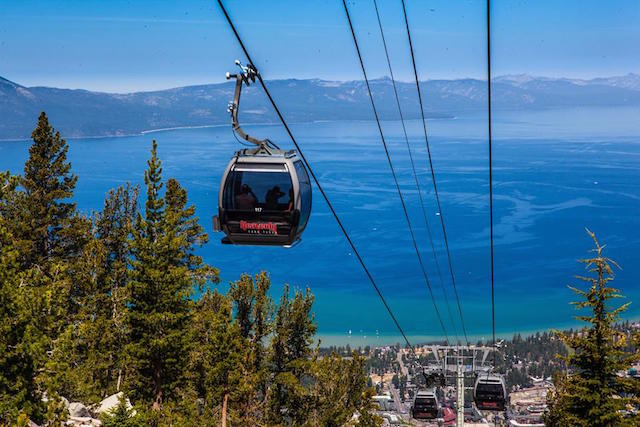 The commitment to making Heavenly Mountain a year-round activity center is solidifying this summer with the initial phase of the Epic Discovery program.

Built under the aegis of owner Vail Resorts, the program received the go-ahead from the U.S. Forest Service to become the second warm-weather development at a Vail-owned resort. Colorado’s Vail was the first.

Construction on the project began in June, the first facility out of the shoot is a second tubing lane at Heavenly’s tubing hill – one of a number of upgrades to existing summer activity centers at the Lake Tahoe-area resort. As the year goes along, visitors will find more ropes course, canopy tours, biking and hiking trails, bridge walkways and lift-accessed terrain coming on line.

“For this first phase of construction, we’ve identified the activities that will be located in the most developed area of the mountain and that also are the most accessible, appealing to a broader range of guests,” said Pete Sonntag, Heavenly vice president and chief operating officer. “Epic Discovery … is about more than the individual activities; it is a cohesive plan that brings together all components under the unified theme of learning about and engaging with the National Forest.”

Already finished has been two ropes courses, a canopy tour and a four-line zipline center – all centered around the resort’s Adventure Park around the top station of the Mountain Gondola that rises out of the base at South Lake Tahoe.

Set for construction this summer and fall will be a alpine coaster, located northwest of the tubing hill, which is expected to be open for the 2015-2016 ski and snowboarding season and beyond.

Crews have begun constructing a permanent rock climbing wall south of Tamarack Lodge. The 35-foot wall should be done by August, according to resort officials.

By September, Heavenly management anticipates running excursion up and around the mountain in 4x4 vehicles. 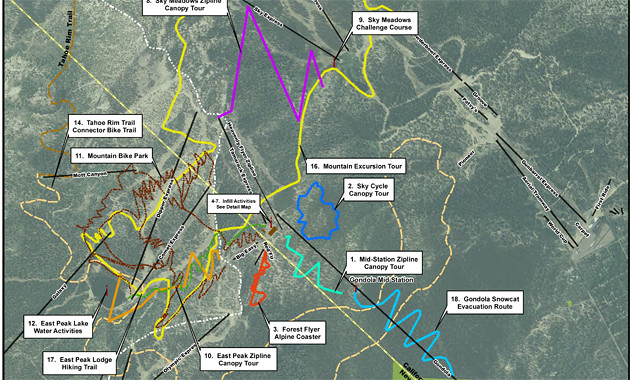