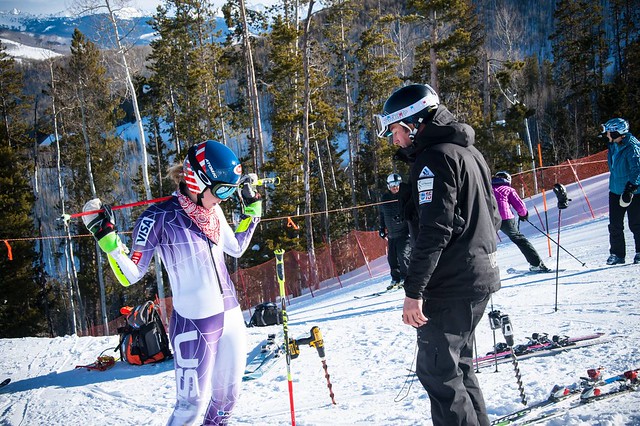 Senigagliesi has a significant amount of experience in all aspects of the industry, bringing a holistic background to the U.S. Ski Team. His extensive experience includes a 12-year stint skiing on the Italian national speed team, coaching for Carrabassett Valley Academy (CVA), acting as the racing test manager for Rossignol, and, most recently, coaching for the Italian national team. He’s no stranger to the U.S. Ski Team, having acted as a guest coach in 2004 and 2005 for Topolino Trophee and World Junior Championships.

Dyksterhouse moves from an interim position to a full position with the U.S. Ski Team. This past January, he joined the team as part of a unique partnership with Ski and Snowboard Club Vail (SSCV) providing support to Olympic champion Mikaela Shiffrin (Vail, CO) and the women’s slalom and giant slalom squads. A graduate of the University of Vermont, where he was the NCAA GS champion in 1997, Dyksterhouse was a three-time All-American during his collegiate career. Following graduation, he was invited to train with the U.S. Ski Team for several seasons before going on to collegiate coaching, working on the staff of the University of New Mexico Lobos who captured an NCAA title in 2004. He also coached at the Green Mountain Valley School in Vermont and later worked in Canada before returning to the U.S. to help lead the Front Range Ski Club in Colorado.

Since Dyksterhouse joined the team in January, Shiffrin successfully defended her slalom World Championship title on home turf, and went on to snag first place in the three final Audi FIS Alpine World Cup slalom races of the season, along with her third-straight crystal globe.