Fly To Jackson Hole From 13 Cities This Winter 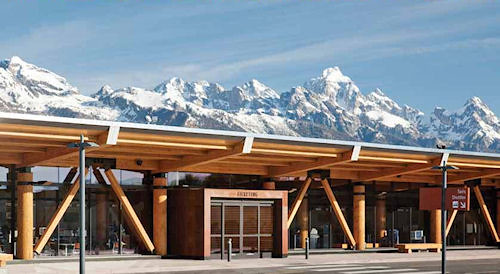 New jet non-stop service to Jackson Hole, Wyo. is set to be offered from 13 cities for the 2014-15 season. The announcement follows a successful season that showed an increase of 10 percent coming through the airport and a record number of skier days set at 530,000.

Delta flights from Atlanta will be slightly adjusted to better suit demand, while American Airlines will continue to fly in from Dallas Fort Worth

“The JH AIR Board focused on increased capacity during the early and late seasons (Dec. 6-20 and March 5),” said Mike Gierau, JH AIR chair. “We knew we were hitting capacity issues at holiday periods and peak weeks both at the JH Airport and at local resorts and lodges, hence the preference to grow opportunity when our current infrastructure could absorb demand.”

Wyoming Gov. Matt Mead said “these new flights make Wyoming more accessible to travelers in the U.S. and travelers from abroad and we welcome every guest.”

A $30.6 million expansion project at the state’s busiest airport that will triple capacity is expected to be complete in October, further enhancing the guest experience.