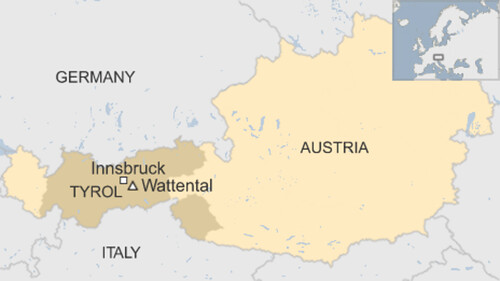 The British Broadcasting Company (BBC) is reporting that Tirol police the news outlet 27 people in two ski tour groups had been caught up in a massive avalanche on the Junsjoch mountain near the Wattental valley, south of Innsbruck.

Some of the skiers managed to dig themselves out while others were rescued.

The injured have been taken to hospitals in the region.